As a kid and teenager I was obsessed with Meg Cabot. Every time she released a new book, I’d have my hands on it within days, sometimes even hours. I’m fairly sure I’ve read almost all of them apart from The Princess Diaries which I realise is crazy as they’re the books she’s most famous for. I’ve also read all of her adult novels and I love them just as much. This year, I’ve found a new obsession that I think is on par with how I’ve felt about Meg all these years, and her name is Paige Toon.

There’s something about Paige Toon’s books that hooks me. I love her easy to read writing style, her relatable characters and honest stories with romances that are often more complicated than they first appear. And for me it all started with her first foray into YA – the Jessie Jefferson trilogy. 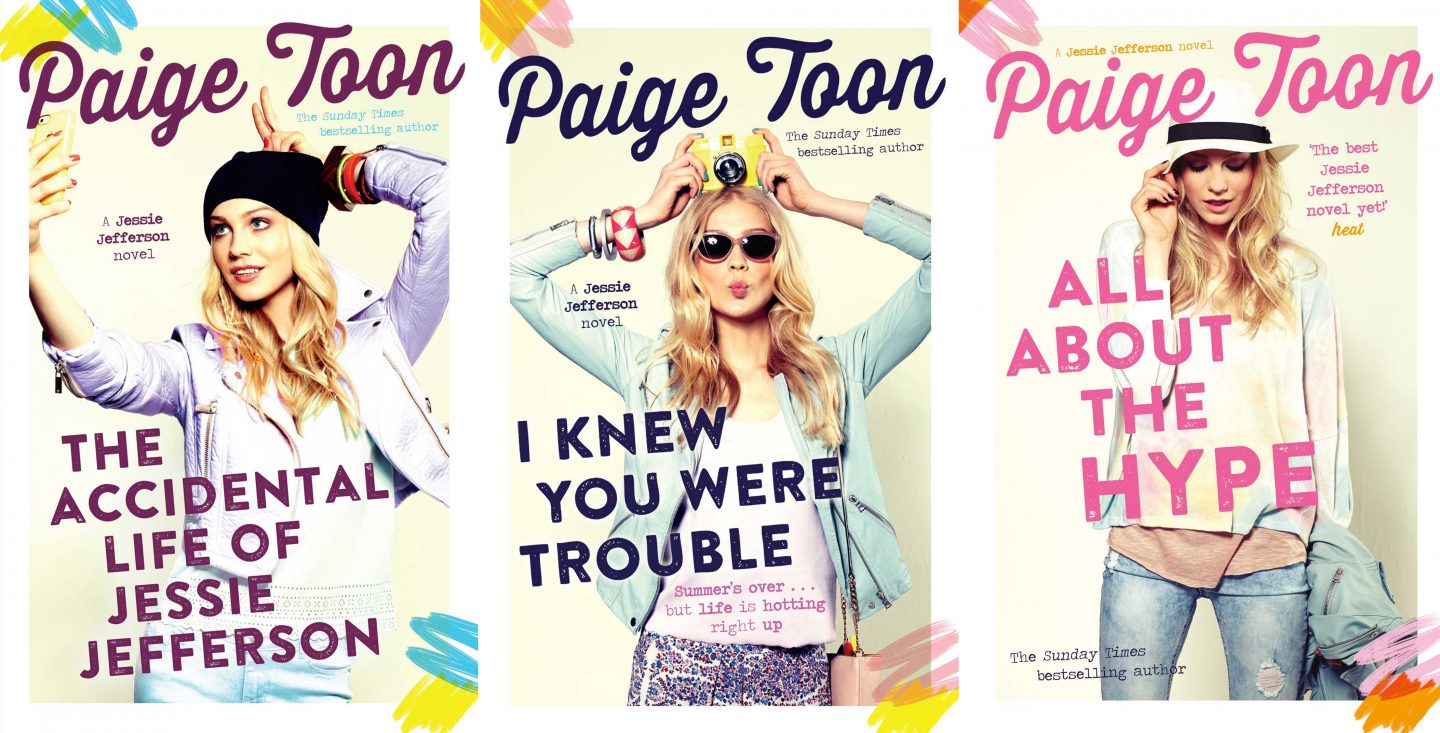 (This is the Goodreads summary for the first book in the series, The Accidental Life of Jessie Jefferson)

Meet Jessie, small-town girl turned wild child… Jessie has never known her real dad, and when her mum dies she thinks any hope of finding him is gone. As she goes off the rails, her stepdad announces that her father is Johnny Jefferson – legendary rockstar and former hell-raiser. Still dealing with her loss, and now the daughter of a superstar, Jessie is sucked into the LA lifestyle – paparazzi, parties and hot guitar-wielding boys included. But is Johnny up to the job? And, more importantly, is Jessie?

I was dubious about these novels before I started reading them. I must admit I’m not a huge fan of the covers and I imagined I’d be a little too old for them at the age of 28. But I’m a sucker for books about ordinary people falling into the limelight so I thought I’d give The Accidental Life of Jessie Jefferson a try.

The old saying about judging a book by its cover is completely true – it took me no time at all to realise I was wrong about these. Following Jessie as she discovered a whole new side to her life that she could never have imagined existed is a whirlwind that swept me off my feet and didn’t let you go until the very last page of book three. Even then I found myself longing to read more about her and her family and friends, which is why I’m glad I get to go back and read Johnny’s story for the first time in Johnny Be Good, an adult book by Paige Toon that was published long before this YA series.

When I’d finished The Accidental Life of Jessie Jefferson I actually picked up I Knew You Were Trouble immediately to start reading more, which is something I almost never do with books in a series. A few days later when I’d finished that, I kicked myself for having read them so quickly because I had to wait a few months until All About The Hype was published.

There are so many great characters in this series, not least Jessie herself. She makes some terrible decisions but they’re what makes her so relatable, even in such an unrelatable situation (I don’t know about you but I don’t think I’m about to find out my dad is actually a rockstar). I loved watching her relationship with Johnny develop throughout the series, and her bond with Meg and her half brothers Barney and Phoenix strengthen despite everything that’s thrown at them.

And then there are the boys. Of course, there are always boys. I was with Jessie right through The Accidental Life and I Knew You Were Trouble when it came to her decisions about them, but I struggled a bit in All About The Hype. Nevertheless, they’re certainly swoon worthy and I was hooked on finding out where Jessie’s romances would end up.

Overall, this is definitely one of my favourite contemporary YA romances, right up there with Chris Russel’s Songs About A Girl trilogy. I’ll read them again the next time I’m in a reading slump because they worked wonders getting me out of one this year.

Have you read any Paige Toon books? Which are your favourite? And have you got any recommendations of other authors I’d like based on my new found love of Paige? Let me know in the comments section below or on Twitter.