I love discovering new binge-worthy TV shows almost as much as I love a great book, so I thought it’s about time I shared my recommendations. I’ve had a dig through my Netflix history to come up with a list of my favourite TV shows available to watch now.

I haven’t tried to make sure I find something for everyone here, these are my personal recommendations of the shows I love the most. If you’ve watched one or two of these already, I think you’ll love the rest.

Are there any TV shows you’d recommend me based on this list? I’m always looking for new shows to watch (even if they’re not on Netflix! I plan to write a list of some of my favourites that aren’t available on Netflix soon). I plan to add to this list every time I discover something new to watch on Netflix, too.

If you haven’t seen it yet, I’d definitely recommend giving Riverdale a try. I know such a wide range of people who’ve watched and enjoyed it, including my parents and my husband. It’s completely farfetched but that’s part of its charm. Plus, it makes it impossible to predict what’s going to happen next.

Based on the Archie comics, the show follows the dramatic lives of Archie and his friends as they find themselves caught in the middle of murder mysteries. There’s action, there’s scandal, there’s love, sex and broken hearts, and sometimes there’s even singing. It’s brilliantly bonkers.

The third season was a bit weird and I haven’t actually watched the fourth one yet, but I can’t wait to.

Before I started watching Jane The Virgin I was convinced I’d hate it. I’m not one for too much silly comedy, and you can’t get much sillier than a virgin in her early twenties being accidentally artificially inseminated by the drunk sister of a millionaire who happens to be the father.

But it took no time at all for me to fall in love with the characters in Jane The Virgin and be hooked on their telenovela inspired lives. This show doesn’t take itself too seriously, but it does touch on some important themes and it’s made me cry as much as it’s made me laugh.

I’d recommend giving this one the benefit of the doubt. It won’t take you long before you know whether or not it’s for you. There are five seasons and that’s all of them. I found the fifth season a bit frustrating but I would definitely say this is one of my favourite TV shows ever.

Here’s another one that’s completely finished, so you can binge watch all seven seasons of it on Netflix as you please.

Pretty Little Liars follows a group of four girls who’ve been shaken up by the mysterious disappearance of the fifth member of their group: Alison. They’re tormented by a terrifyingly clever villian known as ‘A’, who seems to know more about them than they even know about each other.

Like Riverdale (and Jane the Virgin, actually), Pretty Little Liars is ridiculous. It’s so farfetched and the twists and turns will make you dizzy, but sometimes its terrible storylines are what makes it so great. If you can learn to embrace it you’ll be hooked on this one.

We need a new show like Gossip Girl, don’t you think? It’s another one that’s completely finished, with all six seasons available to watch on Netflix.

It’s a lot like Pretty Little Liars in some respects. Throughout the entire series right until the very last episode of season six, the identity of Gossip Girl remains a mystery. She knows everything about everyone and takes huge joy in sharing the juiciest secrets of the Upper East Side’s richest teenagers on her blog.

You couldn’t squeeze any more drama into this show, and you’ll love its setting, the fashion, the characters and their complicated relationships with one another. I fell head over heels for this show and can’t wait to watch it all over again.

How to Get Away With Murder

How to Get Away With Murder follows five law students and their mentor Annalise Keating as they become far more caught up in a murder case than they had intended to. This show has so many twists and turns in it you might find it hard to keep up, but there’s certainly never a dull moment. Every time one question is answered you’ll be faced with three more, but that’s exactly how it keeps you hooked and itching to find out what happens next.

I’ve not quite caught up with How to Get Away With Murder yet. There are three seasons on Netflix and I think there has been at least one more shown on TV so far. I’ve watched two seasons and can’t wait to get started on the third, although I think I might need to watch a recap of the first two seasons before I begin because there’s just so much going on!

I’ve been binge watching Suits for a few months now (honestly, since the Royal Wedding. So sue me). I’ve just reached season seven and season eight is currently airing an episode a week.

I had no idea what to expect from this show but it certainly surprised me. It’s really quite funny, and the characters are amazing. Set in one of New York’s leading law firms, it follows the top dogs after they illegally hire Mike Ross, a college drop out with a photographic memory. I found myself losing interest a bit around season four, but season five more than made up for it and the characters just get better and better.

I’m not up to date with iZombie yet, but I’ve seen two seasons and am part way through the third. I struggle to watch it if I’m eating dinner, though, because Liv’s cooking always involves brains.

iZombie is funny, it has an excellent cast of characters, and the storylines are sometimes silly but always addictive. Liv finds that eating the brains of murder victims that come into the morgue where she works gives her a unique insight that can help solve cases. 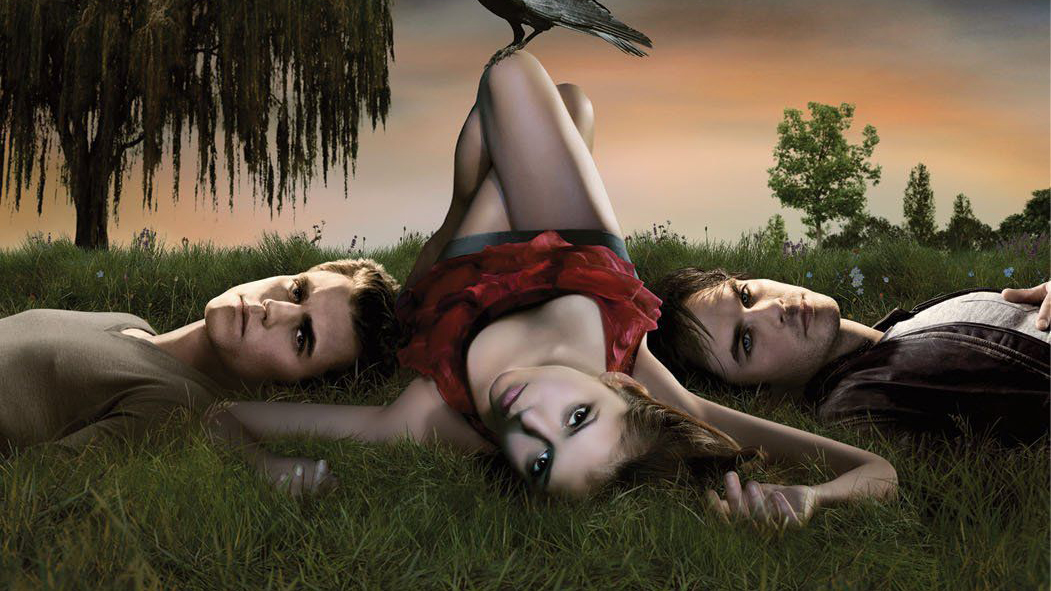 I’ve lost track of the later seasons of The Vampire Diaries, but the earlier seasons are fantastic. I’m considering rewatching and trying to get to the end. Has it even finished yet? I think it has but correct me if I’m wrong. The love triangle is one of the best I’ve seen. I remember one particular season pulling my heart in every direction and I couldn’t get enough of it. It’s also full to the brim with action, twists and turns, and the spin-off series The Originals is worth a watch too.

There are a few additional shows I wanted to mention, but they’re not quite in the same league for me as the shows above for various reasons, each of which I’ll explain!

Hannibal – I’ve only watched the first season of Hannibal and I remember really enjoying it, but I haven’t been in a rush to watch the second season yet. Ryan and I watched this one together and it took us just one episode to get hooked on it, but it’s quite heavy going in places so we tend to gravitate towards the more lighthearted of shows. We’ll watch the rest eventually though, I’m sure. If you’ve seen it let me know if you think we should put it higher up our priority list.

Gilmore Girls – Gilmore Girls is a show I keep going back to when I run out of other things to watch. It’s lighthearted and so much fun – I can’t believe I’ve never watched it before.

Frequency – Ah, Frequency was so, so great! But it’s been cancelled and it really didn’t get finished in the first season so it’s hard to recommend watching. If you’re up for a bit of great TV entertainment and are ok with the fact it’s one season with some lose threads it’s definitely a good’un.

Dexter – Like Hannibal, Dexter is one that Ryan and I loved watching but we got up to maybe season five and had to stop for a while because it was making us too sad! What a show though, we definitely need to get back into this one.

Which of the shows I’ve mentioned have you seen, and which do you plan to watch next? Are there any more Netflix gems you think I’d like? I’m always looking for new recommendations.