The second book in one of the most underrated trilogies I’ve ever read. 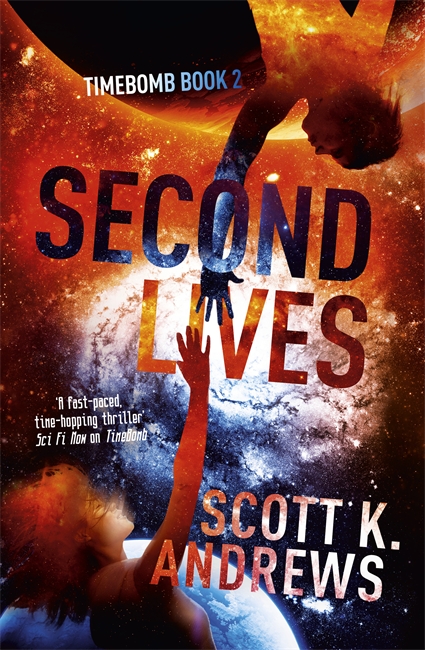 The adventure continues: time is in flux, only Jana, Dora and Kaz can fix it. But can they trust each other?

It began when three people from three different moments in history discovered that they could travel through time when they clasped hands. But the mysteries surrounding them have only deepened.

There are risks to tampering with established events… timelines become snarled, histories become tangled… and one false move could destroy time itself.

Jana, Kaz and Dora have escaped from their mysterious enemy, Quil, wounded and scared. Taking refuge in a place outside time, they devise a plan to change the past, altering Quil’s life so that she never meets them.

From the streets of Beirut in 2010 to the domed cities of Mars in 2155 and beyond, the three teenagers fight for their future, and that of all humanity, by trying to rewire the history of the person who has sworn to destroy them.

What could be more complicated – and important – than trying to save the world? As their feelings for each other grow stronger, though, Jana, Kaz and Dora find themselves at the centre of a different kind of battle. And when it comes to matters of the heart here can be no real victory.

It completely baffles me that the Timebomb trilogy isn’t being talked about more. There are only 15 ratings on Goodreads for Second Lives, and one of those is mine!

You’ll need to have read Timebomb before you get stuck in to Second Lives (you can read my Timebomb review or grab a copy from Amazon), but you’ll find yourself racing to pick up Second Lives and dive in once you have.

This is an action-packed adventure that is so cleverly written and wonderful to read. The characters and their gorgeous friendship is at the centre of the story, surrounded by a complex web of time travel that takes us from 1646 to 2158. It had me puzzling over each page. You’ll never know what the next chapter will hold – this book really does keep you on your toes in the best way possible.

But of course, this is only the second in the trilogy so the end is just the beginning. I can’t wait to read the third and final instalment – The New World.

12 best YA books for adults