Escape to the French countryside in this YA contemporary tale about parallel worlds. 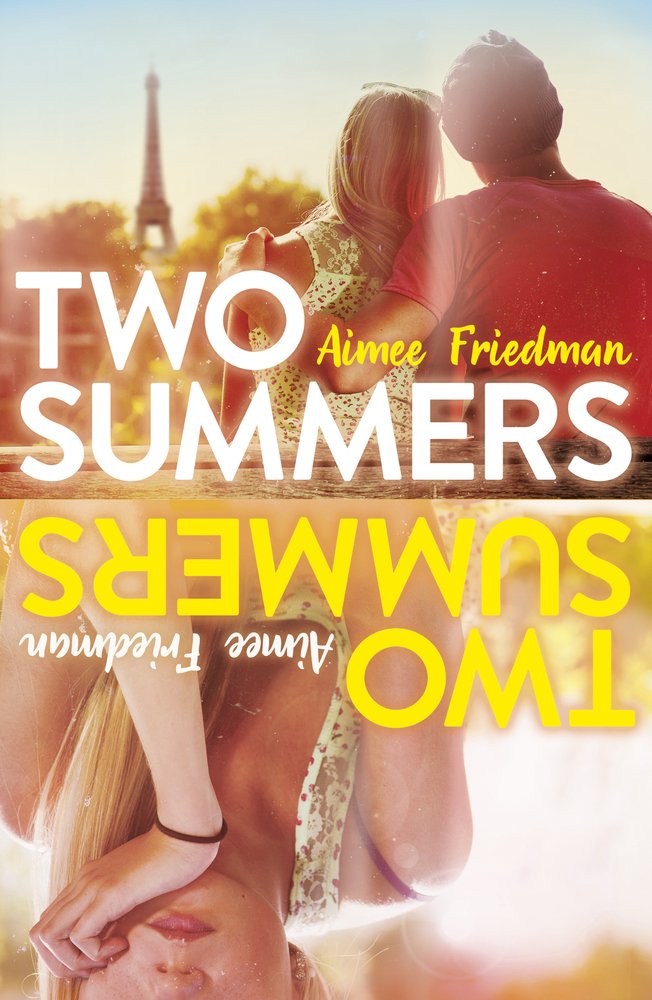 One Summer in the French countryside, among sun-kissed fields of lavender.

Another summer in upstate New York, along familiar roads that lead to surprises.

When Summer Everett makes a split-second decision, her summer divides into two parallel worlds. In one, she travels to France, where she’s dreamed of going: a land of chocolate croissants, handsome boys, and art museums. In the other, she remains home, in her ordinary suburb, where she expects her ordinary life to continue – but nothing is as it seems.

In both summers, she will fall in love and discover new sides of herself. What may break her, though, is a terrible family secret, one she can’t hide from anywhere. In the end, it may just be the truth she needs the most.

When I first picked up Two Summers, I wasn’t entirely convinced it was for me. The concept is right up my street, but a couple of chapters in my impressions were that I might be a bit too old for it and that Summer’s voice was slightly too juvenile. I thought it would end up being predictable and fluffy, and that while I knew I’d somewhat enjoy it, it wouldn’t live up to the standard of YA novels I’ve been used to recently.

Two Summers is actually a really, really great read. It touches on surprisingly deep and important family and friendship issues and tells a wonderful coming of age story.

It’s a story that centres around one choice, and while Summer’s two summers (love that, by the way) are very, very different, they are woven together seamlessly and have very similar outcomes. I found that to be gorgeously poetic and a nice departure from some of the more dramatic novels I’ve read about parrallel universes. Pivot Point and Between the Lives, for example, which I absolutely loved and are among my favourites of all-time but are very different books to Two Summers despite their similar concept.

Rather than dramatic twists and turns, expect a novel that’s simply a joy to read and leaves you with that fuzzy feeling you get when you finish a good, satisfying book. It doesn’t get confusing at all, and it’s clear that Aimee Friedman spent time making sure both timelines matched perfectly to prevent any jarring moments that would shatter the flow for the reader.

Overall, a great read that I’d recommend for YA contemporary lovers.

Every Day by David Levithan

To All The Boys I’ve Loved Before by Jenny Han