An awesome concept that falls flat, making this my first two star book of the year. Boo. 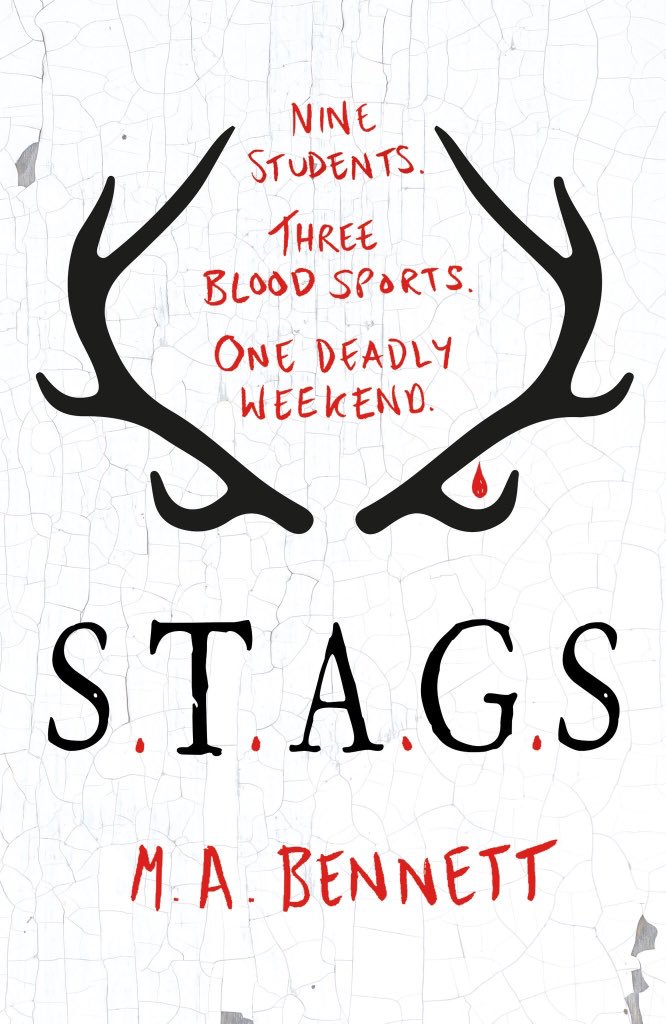 It is the autumn term and Greer MacDonald is struggling to settle into the sixth form at the exclusive St. Aidan the Great boarding school, known to its privileged pupils as S.T.A.G.S. Just when she despairs of making friends Greer receives a mysterious invitation with three words embossed upon on it: huntin’ shootin’ fishin’. When Greer learns that the invitation is to spend the half term weekend at the country manor of Henry de Warlencourt, the most popular and wealthy boy at S.T.A.G.S., she is as surprised as she is flattered.

But when Greer joins the other chosen few at the ancient and sprawling Longcross Hall, she realises that Henry’s parents are not at home; the only adults present are a cohort of eerily compliant servants. The students are at the mercy of their capricious host, and, over the next three days, as the three bloodsports – hunting, shooting and fishing – become increasingly dark and twisted, Greer comes to the horrifying realisation that those being hunted are not wild game, but the very misfits Henry has brought with him from school…

I’m so disappointed that this has ended up being my first two star novel of the year! In fact, I’ve only ever rated seven books two stars or less on Goodreads out of more than 400 books.

The premise of this novel is so intriguing, it sounded like the perfect October read, and even the first few chapters were making me think that some serious shit was about to go down. There were so many hints about how bad things were going to get and about Greer being a murderer (Greer tells the story in past tense, quickly revealing that terrible things were coming to hook the reader in) that I was on the edge of my seat in no time.

Fast forward a few more chapters and things had slowed down to the pace of a snail. I was getting so impatient that I was actually starting to skim read, something I never, ever normally do. There were unnecessarily lengthy descriptions to set the scene, and Greer was starting to upset me with her Princess Diaries insults and regularly reused phrases such as “I’m not going to lie,” and “I’ll be honest with you.”

It was only right near the end of the novel that things picked up again, but even then I found the big reveal hugely disappointing, and following that the extra chapter or so completely unsatisfactory.

I’m really frustrated that this book ended up being so disappointing because the ingredients for a masterpiece are all there. It just falls really flat and I wonder whether it’s partly because of the hints early on that make the ending feel over hyped.

Anyway. Let’s move on and hope that my next read is a good’un!