A harrowing book about anorexia and mental health that needs to come with more trigger warnings. 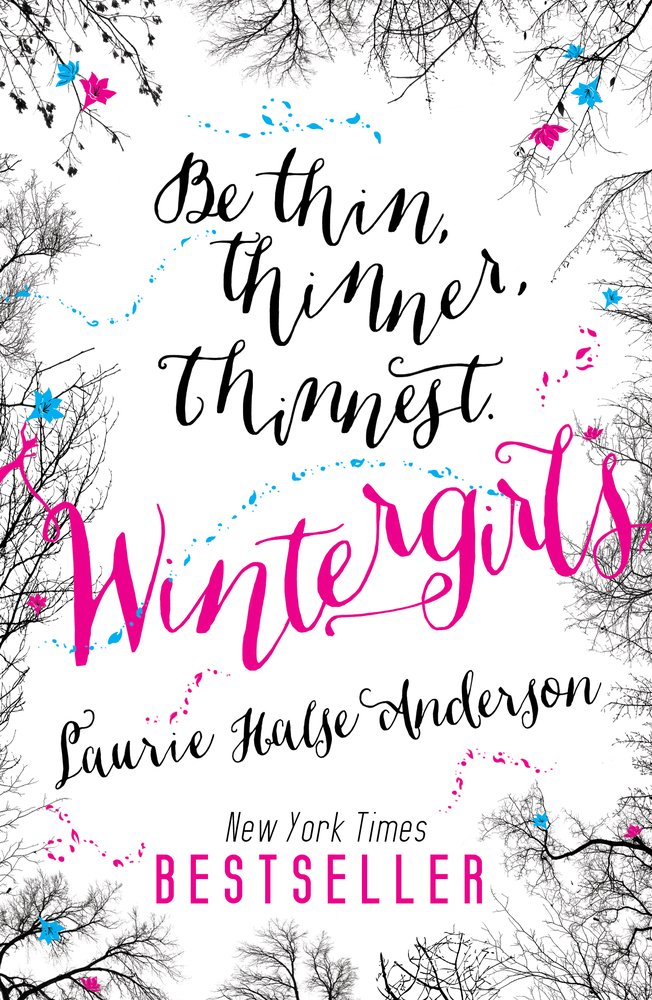 “Dead girl walking,” the boys say in the halls.
“Tell us your secret,” the girls whisper, one toilet to another.
I am that girl.
I am the space between my thighs, daylight shining through.
I am the bones they want, wired on a porcelain frame.

Lia and Cassie are best friends, wintergirls frozen in matchstick bodies, competitors in a deadly contest to see who can be the skinniest. But what comes after size zero and size double-zero? When Cassie succumbs to the demons within, Lia feels she is being haunted by her friend’s restless spirit.

The premise of Wintergirls intrigued me. I don’t think I’ve read a book about someone suffering from anorexia before, and I make a conscious effort to read books about physical and mental health issues regularly to help me better understand humans.

However, I’m really torn about this one. My goodness, there should be trigger warnings all over this book (I saw absolutely zero warnings on the cover/back cover). It certainly doesn’t gloss over any of the thoughts or actions that come with having an eating disorder which I think is a really good thing, but it is deep, and it is dark, and there are other forms of self harm described in detail within this book too. PLEASE be aware of this before you read it.

I also found the writing style difficult to get on with. It’s a little too full of metaphors and similes and there were times when I found myself having to reread sentences and paragraphs in order to understand what was going on. I like that the author plays with the English language and sometimes it works, but other times the messages within the book that were so important were lost amongst the words.

So while I am glad that this book exists to help those who aren’t suffering from an eating disorder understand what might be going on inside a person who is suffering’s head, I found it really difficult to read because of both the writing style and the harrowing events within it, and would find it difficult to recommend because there is only the tiniest sense of hope. I don’t feel like I’ve taken away anything that could potentially help me help someone suffering from an eating disorder, and I don’t think those who are suffering will find it in any way comforting (I may be wrong about this, of course).

One thing I did really like was the exploration of family relationships, and some of them within this novel are beautiful and heartbreaking to read, particularly between Lia and her step sister Emma, and I think that was what made this a three star read rather than two stars.

I’d be really interested to hear your thoughts on Wintergirls, because I’m sure this is one that divides opinion and at least that could leave space for discussion about such an important topic. I also wonder whether you would recommend any other books of Laurie Halse Anderson that I might like more. Let me know!

One by Sarah Crossan