A brilliant end to an addictive dystopian trilogy perfect for fans of The Selection. 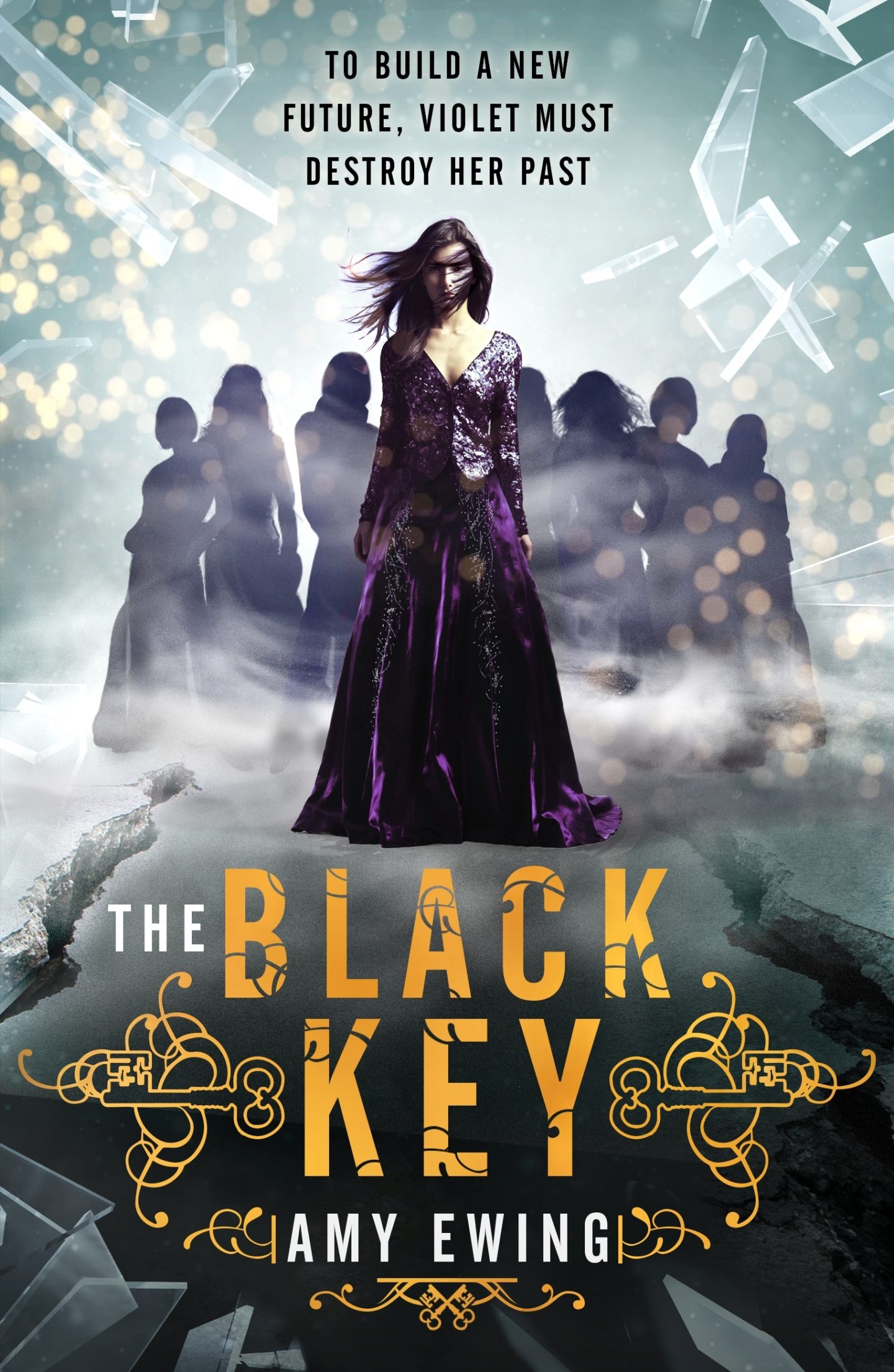 Violet and the Society of the Black Key are preparing to launch an attack on royalty, and Violet has a crucial role to play. She must lead the surrogates as they infiltrate the Auction and break down the walls of the Lone City. But with her sister, Hazel, imprisoned in the palace of the Lake, Violet is torn. In order to save her sister, she must abandon her cause and her friends and return to the Jewel.

I reviewed The Jewel, which is the first novel in The Lone City trilogy, back in November of 2014, and I gave it five stars.

Then in February of 2016, I reviewed its sequel, The White Rose, which while not quite as captivating as The Jewel but didn’t suffer from middle-book syndrome that I’ve almost come to expect with trilogies, so I gave it four stars.

Now, we’ve reached the end of Violet’s story in The Black Key, which was certainly an action-packed way to finish the series. It is really difficult to review The Black Key without giving away spoilers for books one and two, so I’m going to keep it vague.

I raced through The Black Key, and for the most part I loved it. I found myself completely comfortable with the fantasy element of the Auguries, which I had struggled with in The White Rose. I really enjoyed seeing more of the Auguries and how they work. Turns out they’re pretty awesome.

It’s quite a dark series, and there are some really uncomfortable moments throughout, but I like that Amy Ewing dared to go there and that nothing was airbrushed or sugar-coated.

Violet’s development as a character in this series is a joy to read, and unlike some other trilogies I’ve read and for the most part enjoyed, this one has a really satisfying ending that won’t leave you disappointed. I was on the edge of my seat with my heart in my throat the whole time.

There were some moments that left me struggling to connect with the characters, and it’s still not quite as great as book number one was, but that’s true for most trilogies and it doesn’t put me off recommending this one. It’s for fans of The Selection, Delirium, Divergent and The Hunger Games. Be prepared for some late nights when you can’t put it down.