A compelling novel about a teenager who, after uncovering a life changing secret, feels as though she is unable to trust anyone, even herself. 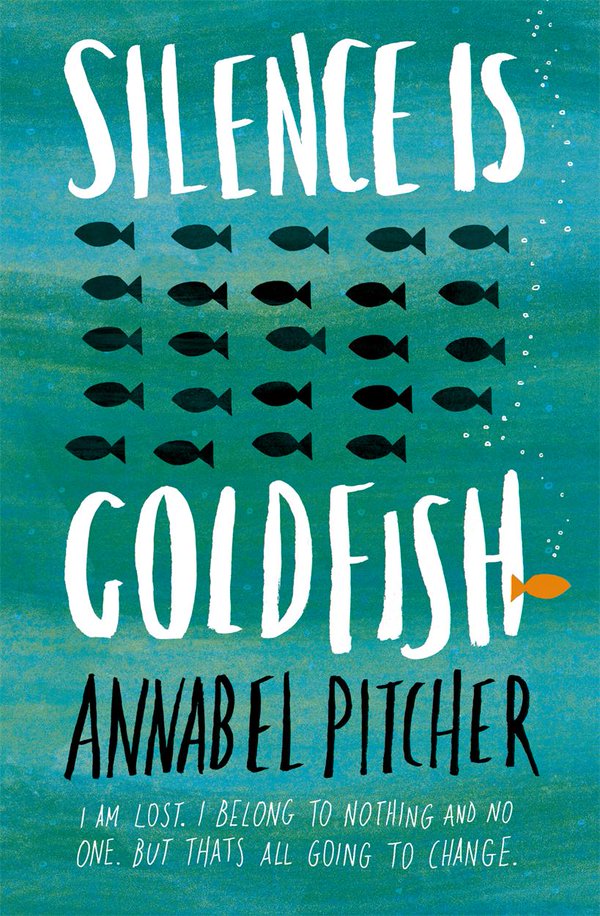 My name is Tess Turner – at least, that’s what I’ve always been told.

I have a voice but it isn’t mine. I used to say things so I’d fit in, to please my parents, to please my teachers. It used to tell the universe I was something I wasn’t. It lied.

It never occurred to me that everyone else was lying too. But the words that really hurt weren’t the lies: it was six hundred and seventeen words of truth that turned my world upside down.

Words scare me, the lies and the truth, so I decided to stop using them.

I am Pluto. Silent. Inaccessible. Billions of miles away from everything I thought I knew.

I knew I’d love Silence is Goldfish. Annabel Pitcher’s Ketchup Clouds is one of my all-time favourites, and while I still think I enjoyed that one more, Silence is Goldfish came close. I find Annabel’s writing so delightfully flowing, and her characters are so well defined.

Silence is Goldfish is an important story about family, and about complex human emotions. Tess has chosen to stop speaking after she finds out a life changing secret, but as this novel is told in first person from her point of view, we are still able to hear her thoughts loud and clear. She is an utterly believable teenager, perfectly portrayed by Annabel Pitcher’s writing style when suddenly finds herself struggling with her identity and doubting everyone she thought she trusted.

The only person Tess talks to is Mr Goldfish, and even then only in her head. We hear both sides of the conversation, which took me some time to get used to as we never quite know if Tess is aware that she is talking to something that is unable to respond (he is a torch shaped like a fish), and whether she truly believes she is speaking to it, or whether it’s just a form of comfort a lot like an imaginary friend. It does add a fun touch to an otherwise very serious topic, though, and I found myself really liking Mr Goldfish as a character himself.

Overall, I absolutely adored it and would highly recommend reading it if you’re a fan of contemporary novels that explore mental health and psychology.

One by Sarah Crossan