The sequel to my favourite book of last year did not disappoint. You can win both The Loneliness of Distant Beings and The Glow of Fallen Stars in my giveaway right here (yay!)

Before we begin, I should note that this review will reveal some of what happens in The Loneliness of Distant Beings. If you haven’t read it yet but want to enter the competition to get your hands on it, scroll right to the bottom of this review for the giveaway entry form.

And if you’re interested to find out more about the series, I’d recommend checking out my spoiler-free interview with author Kate Ling here. 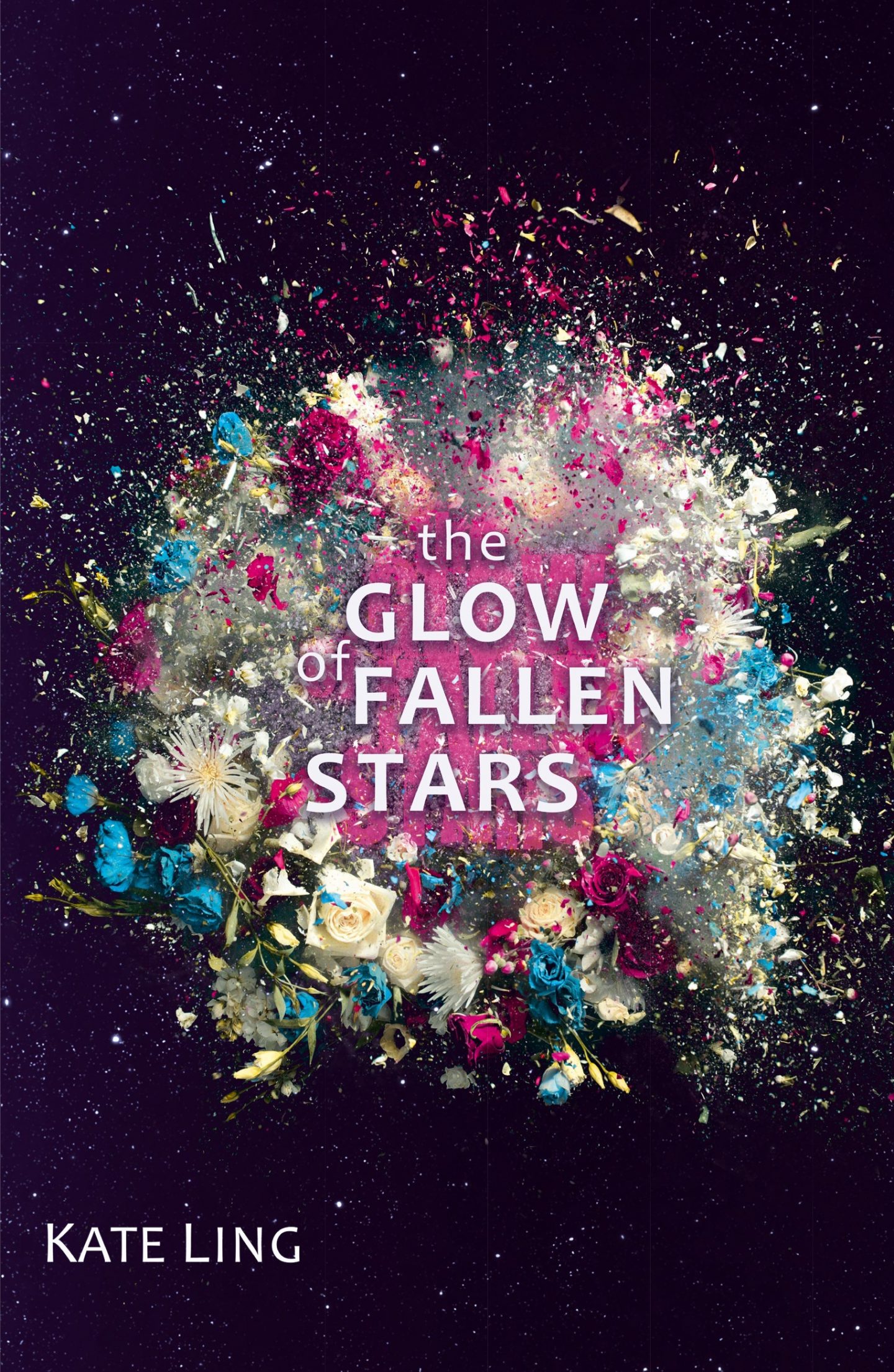 The Glow of Fallen Stars summary

“I longed so hard for all the things that make life life, and I never thought they’d be mine. But now… now they are. Now I have something to lose.”

Seren and Dom have fled their old lives on board spaceship Ventura in order to be together. They crash-land on a beautiful, uninhabited planet, which at first seems like paradise.

There is no one to answer to… but no one to ask for help. And with each new day comes the realisation of how vulnerable they truly are.

This planet has secrets – lots of them. Uncovering them could be the key to survival, but at what cost?

View The Glow of Fallen Stars on: Goodreads | Amazon | Waterstones

The Glow of Fallen Stars review

This was my most anticipated read of 2017 after I fell in love with the first book in the trilogy last year. It had a lot to live up to, which is why so many middle books I’ve read have been a bit of a disappointment. Not this time, though. I am so bloomin’ pleased to report that The Glow of Fallen Stars is amazing.

As with The Loneliness of Distant Beings, I was hooked to The Glow of Fallen Stars from the very first page. It even managed to keep me awake past my bedtime, which is no mean feat because I’m the kind of person that loves their sleep. I couldn’t put it down.

It feels very different to The Loneliness of Distant Beings. When our four main characters were stuck within Ventura’s walls they were so restricted and there were so many rules. Now, they’re completely free to do as they please on this unexplored planet.

But survival isn’t easy, and suddenly there’s more to life than they ever imagined there would be. They’re discovering who they really are, and what it means to love freely. They’re finding out things about themselves and about each other that are totally unexpected, and not necessarily in a good way.

If you’ve read the first book and were unsure about how quickly Dom and Seren fell in love, you’re going to really enjoy watching that unravel in the sequel. To me, Dom and Seren’s relationship is one of the most believable I’ve read, because I’ve lived it. A head over heels fall is never going to end without breaking something, right?

Both Dom and Seren, as well as Ezra and Marianne, frustrated me at times. Some of their actions were just so silly, reckless or petty, but that’s part of why I love them all so much. They’re realistic, they act their age, they do things that real people in those situations will do and it makes me want to reach through the pages and shake some sense into them. And that’s why I’m so invested in this trilogy and its characters, and I wouldn’t want it any other way.

There are so many twists and turns and I had no idea what to expect from one page to the next: my heart was flip flopping all over the place and I bloody loved it. Then, at the very end, Kate Ling shattered my heart into a million pieces and I don’t know if I will ever be able to forgive her for it. But I sure as hell can’t wait to read more in book three, which is called The Truth of Different Skies and will be out next May.

The Glow of Fallen Stars giveaway 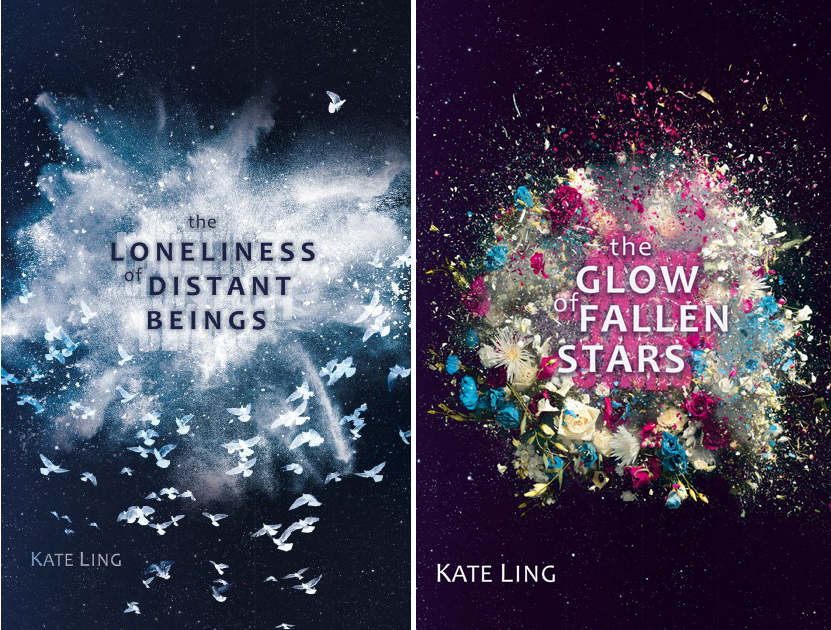 I’ve teamed up with the lovely people at Hachette Kids and BKMRK to give one lucky reader a prize bundle containing a copy of both The Loneliness of Distant Beings and The Glow of Fallen Stars, as well as some space-themed goodies.

To enter, simply use the giveaway form below. The competition will end at midnight on 31 August, and the winner will be notified the very next day. UK-only.

You might also enjoy:
Illuminae by Amie Kaufman & Jay Kristoff