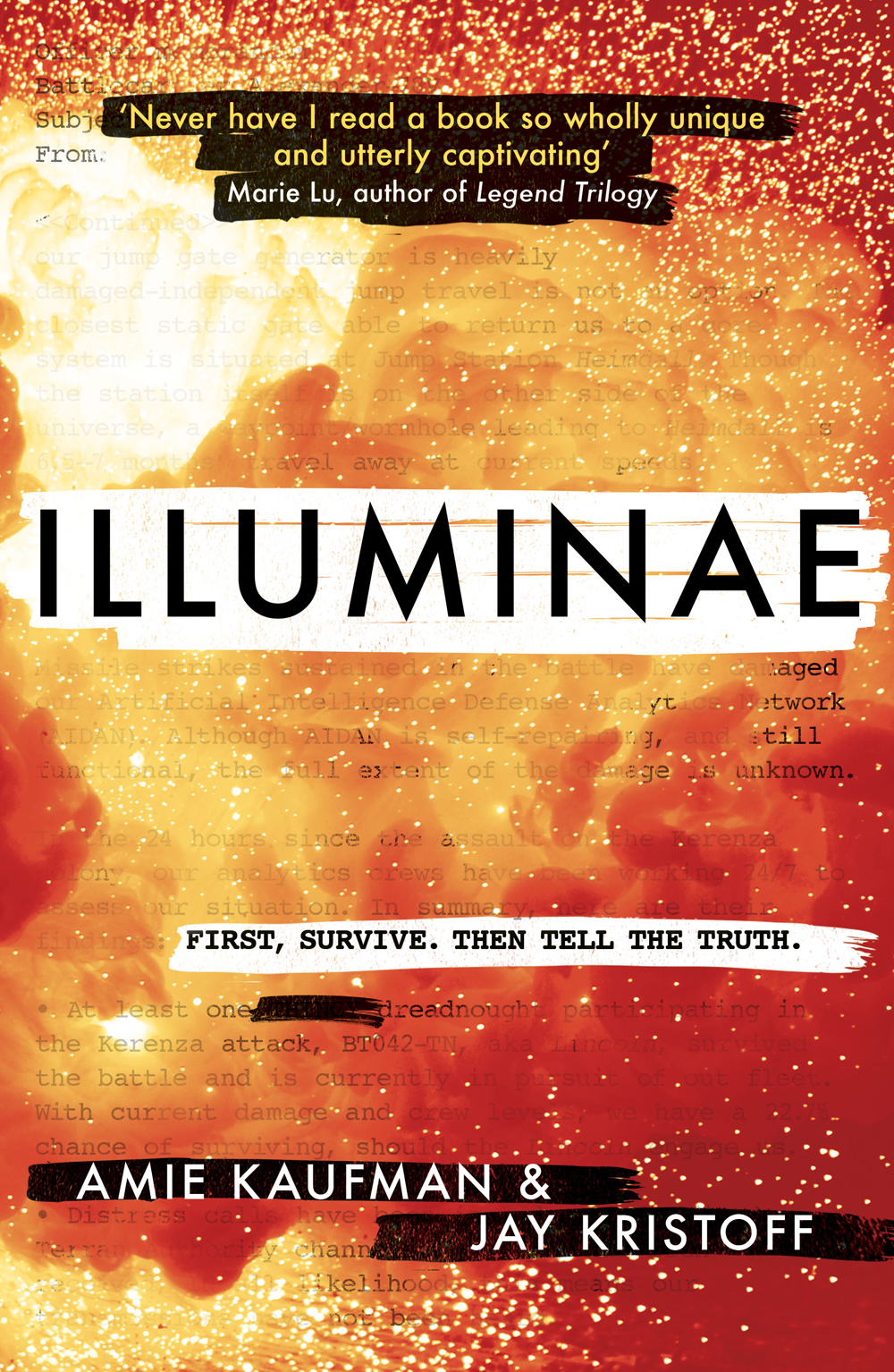 This morning, Kady thought breaking up with Ezra was the hardest thing she’d have to do. This afternoon, her planet was invaded.

The year is 2575, and two rival megacorporations are at war over a planet that’s little more than an ice-covered speck at the edge of the universe. Too bad nobody thought to warn the people living on it. With enemy fire raining down on them, Kady and Ezra – who are barely even talking to each other – are forced to fight their way onto an evacuating fleet, with an enemy warship in hot pursuit.

But their problems are just getting started. A deadly plague has broken out and is mutating, with terrifying results; the fleet’s AI, which should be protecting them, may actually be their enemy; and nobody in charge will say what’s really going on. As Kady hacks into a tangled web of data to find the truth, it’s clear only one person can help her bring it all to light: the ex-boyfriend she swore she’d never speak to again.

I am in love with this book, its concept and its complete uniqueness. I am already a massive fan of novels set on spaceships, particularly when they’re YA, so Illuminae immediately ticked that box for me.

Then, when I discovered that the entire book is told through emails, files, instant messages, interviews and lots of other formats, I knew I needed to read it right away.

The complex nature of this novel’s narration does take a bit of getting used to, but I loved not knowing what I would come across on the next page, both in terms of the unpredictable storyline and the case file format that I just couldn’t get enough of.

I had no idea where the story would take me. Kady and Ezra are so brilliantly funny, but the subject matter at had is pretty darn serious. There’s death, there’s betrayal, there’s heartbreak, but there’s also kindness and bravery and incredible humour.

Amie Kaufman and Jay Kristoff manage to achieve all that despite the huge challenge of portraying these characters and their amazing tone of voice through such unusual narratives and formats. It’s a master piece.

I actually read Illuminae at the end of 2016, and named it number two in my top 10 books of the year.

There are three books in this series, called The Illuminae Files, with the final books expected to arrive next year. But the second in the series, called Gemina, is out now and I cannot wait to read it!