An entertaining thriller that you’ll race through, but you might not be entirely satisfied by its ending. 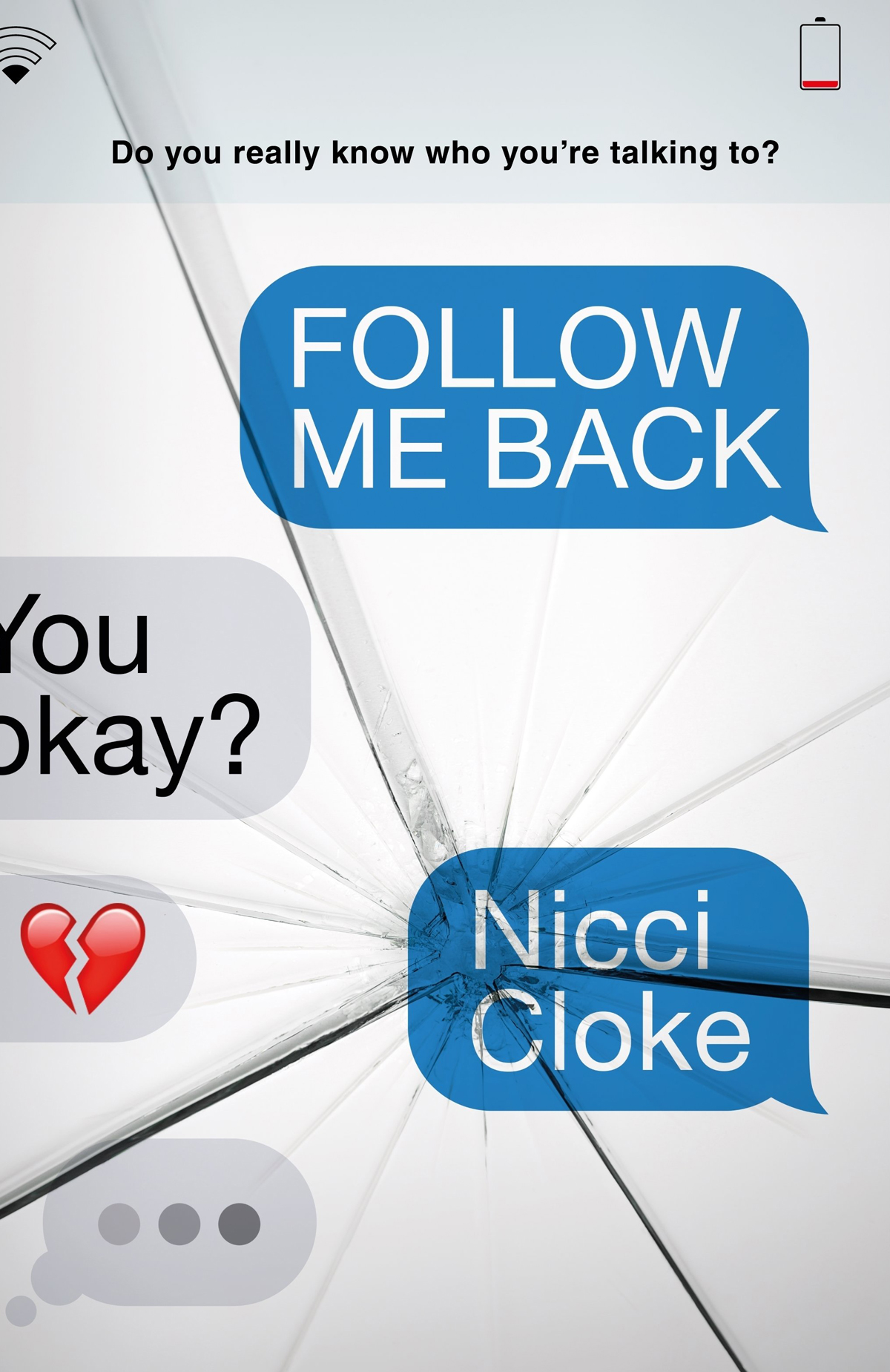 There was no sign of a struggle. She took her phone but left her laptop behind. Apparently, she’d met someone online. Did she leave? Or was she taken?

The first time Aiden Kendrick hears about Lizzie Summersall’s disappearance is when the police appear at his front door. Aiden doesn’t know yet, but with Lizzie’s disappearance his life is about to take a twisted and desperate turn.

Nicci Cloke’s Follow Me Back has been a difficult novel to rate. On the one hand, I found myself thoroughly entertained by its intriguing mystery and kept reading in the hopes of answers to the endless questions I had. On the other hand, the answers to those questions were generally pretty fetched, so overall its twists and turns were not particularly believable.

Worse, though, was the difficulty I had connecting with the characters. I liked that the story was told largely from a male’s point of view, but I really didn’t find myself enjoying Aiden’s company.

I also liked that the author had introduced the idea of Aiden keeping secrets from us as readers, but that put a bit of a barrier between us and I’m not sure how well it worked, at least for me. I didn’t care that much about Lizzie either, which made it difficult for me to be excited about the idea that they might eventually find her.

It’s a speedy read, though, partly because lots of it is told through messages sent via social media. I quite enjoyed those portions, as it gave a quick insight into what was going on behind closed doors and added all-the-more mystery to Lizzie’s disappearance. I found myself accusing many of the characters throughout the novel, which is always my favourite part of reading a thriller.

Follow Me Back isn’t outstanding. I’ve read many better thrillers but I’ve also read much worse. It’s a quick read that’s worth reading if you if you manage to pick it up at a bargain price, but I’d recommend plenty of similar novels before I would recommend this one (some of those novels are listed below).

Have you read Follow Me Back? Did you have similar thoughts about it? I’d love to know, so let me know in the comments section below.