Complex time travel novel that’s well worth taking the time to wrap your head around. 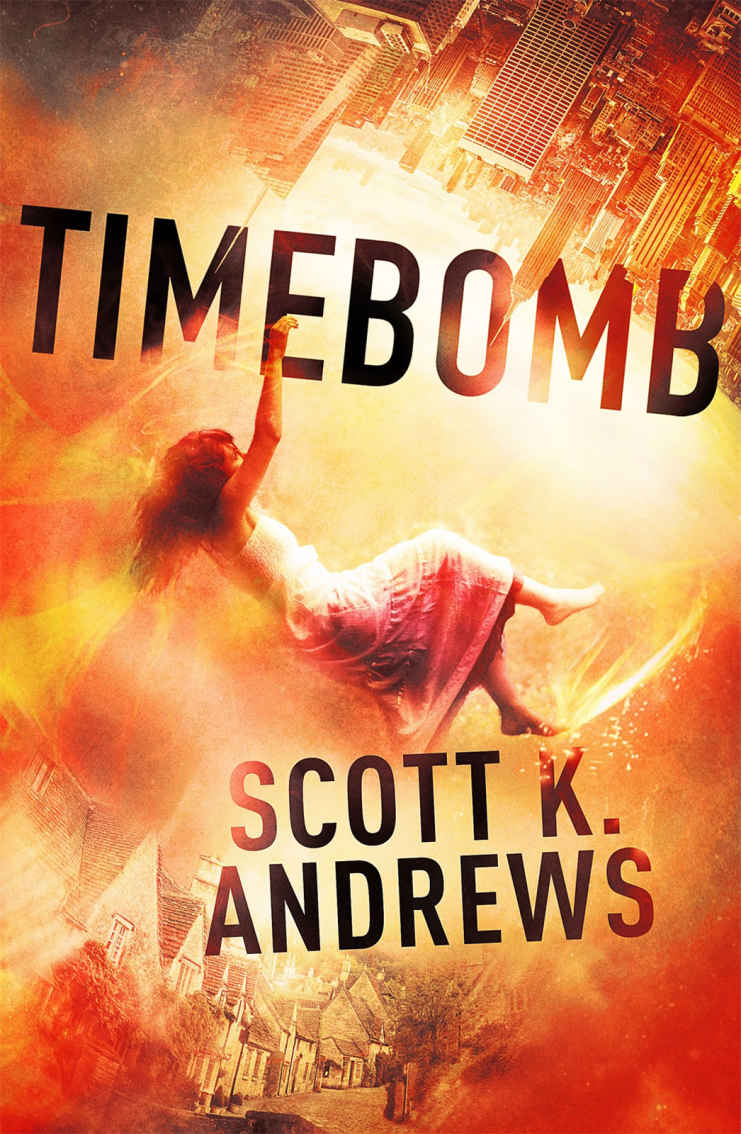 New York City, 2141: Yojana Patel throws herself off a skyscraper, but never hits the ground.

Cornwall, 1640: gentle young Dora Predennick, newly come to Sweetclover Hall to work, discovers a badly-burnt woman at the bottom of a flight of stairs. When she reaches out to comfort the dying woman, she’s knocked unconscious, only to wake, centuries later, in an empty laboratory room.

On a rainy night in present-day Cornwall, seventeen-year old Kaz Cecka sneaks into the long-abandoned Sweetclover Hall, determined to secure a dry place to sleep. Instead he finds a frightened housemaid who believes Charles I is king and an angry girl who claims to come from the future.

Thrust into the centre of an adventure that spans millennia, Dora, Kaz and Jana must learn to harness powers they barely understand to escape not only villainous Lord Sweetclover but the forces of a fanatical army… all the while staying one step ahead of a mysterious woman known only as Quil.

Honestly, there is so much going on in Timebomb that at the very beginning I thought I might end up giving this novel a really bad rating. Instead, I took my time reading it rather than trying to rush things and by the end I just couldn’t get enough.

There’s a lot to wrap your head around in Timebomb. Time travel is a tricky thing at the best of times, and with lots of characters from lots of different times it’s even more complex. Then there’s the added task of telling the story from each of those characters very different perspectives. But Scott K. Andrews manages to get it right, so if you’re intrigued by the summary (even that’s a little bit complicated!) I’d recommend pursuing it. I certainly can’t describe this as a quick or easy novel, but I thought it was so worth it.

One of my favourite things about Timebomb is our three main characters, who have been thrown together in the most unlikely of situations and couldn’t be more different. Watching them develop so brilliantly both as individuals and as a completely dysfunctional team is a joy, and it’ll take no time at all for you to be rooting for all of them.

There are still many, many questions that have been left unanswered, and there is a massive cliffhanger at the end so if that’s not your cup of tea you might want to leave this one alone, but I’m a sucker for a cliffhanger and cannot wait to read the next book in the series to find out what happens next.