A very clever, captivating novel that will transport you to all walks of life. 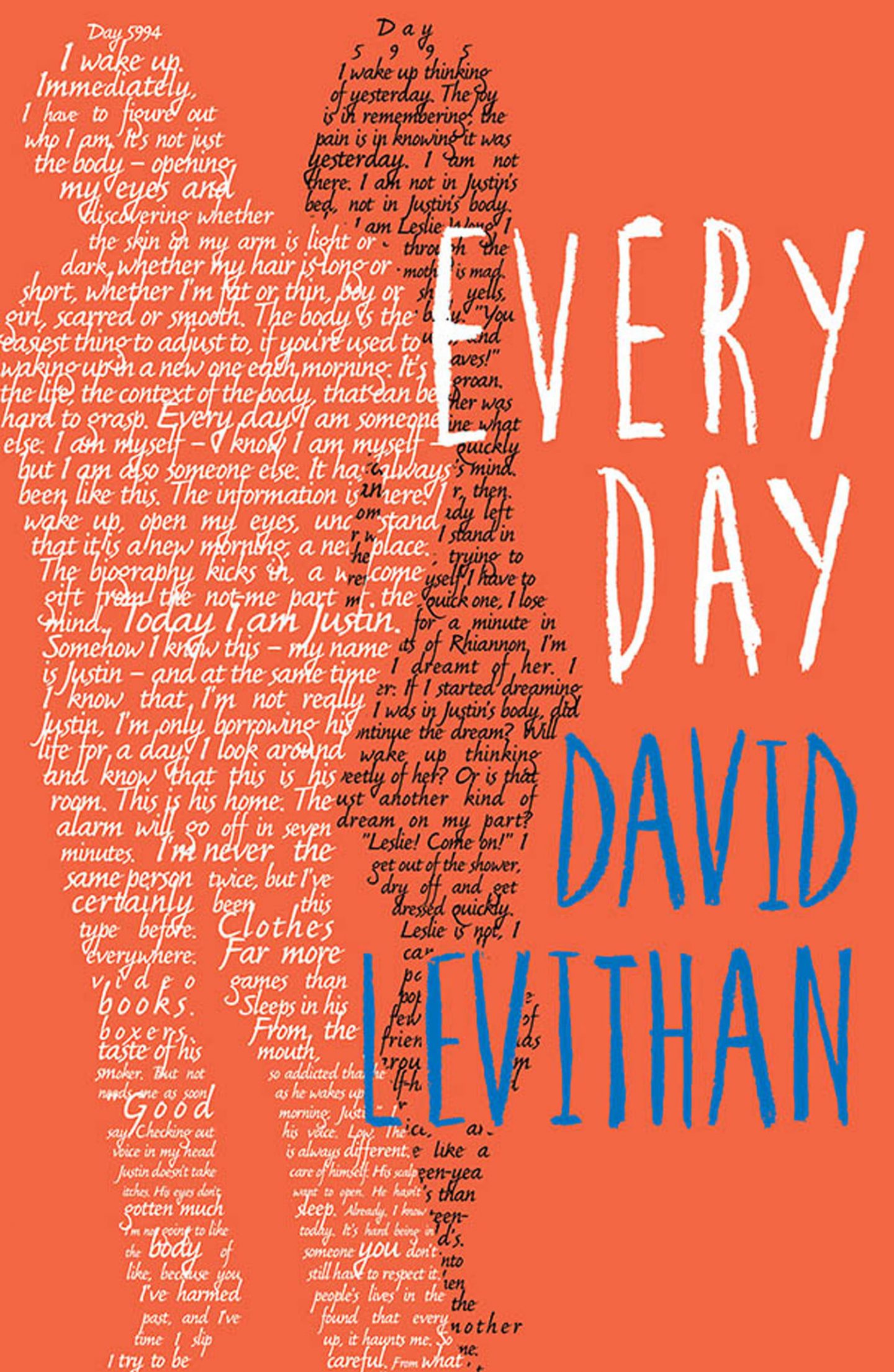 It’s all fine until the morning that A wakes up in the body of Justin and meets Justin’s girlfriend, Rhiannon. From that moment, the rules by which A has been living no longer apply. Because finally A has found someone he wants to be with – day in, day out, day after day.

Every Day offers such an interesting concept that I instantly found myself drawn to. Because A has no body, A has no gender, no sexuality, no race. Immediately that opened up a whole host of personalities for David Levithan to explore, and he did so brilliantly. You’ll find yourself swept into the lives of rich people, poor people, drug addicts, mentally ill people and many others. Some are eye-opening, some are heartbreaking and some are lots of fun.

Don’t expect to be completely convinced by Every Day’s love story. It’s at the centre of the novel, but it doesn’t feel wholly genuine. After all, it doesn’t take long to convince Rhiannon that A’s story is legit, and considering the circumstances I felt like it was a bit sudden and rushed.

But that doesn’t matter when you look at the bigger picture, because Every Day is a stunning novel that I know thousands of people have already fallen in love with, and thousands more will do so for years to come. It’s clever and captivating and I urge you to read it.

I’ve yet to read Another Day, Every Day’s companion. Have you read it? Would you recommend it? I also want to read more from David Levithan because he’s written so many novels that sound super-interesting. Which books of his would you recommend most? Let me know in the comments section below.

The Rest of Us Just Live Here by Patrick Ness