Stunning sequel to The Jewel, a dystopian fantasy filled with magic, rebellion and romance.

WARNING: The Jewel spoilers from the outset, because the summary on Goodreads gives everything away. Sorry guys! You can read my spoiler-free review of The Jewel here. 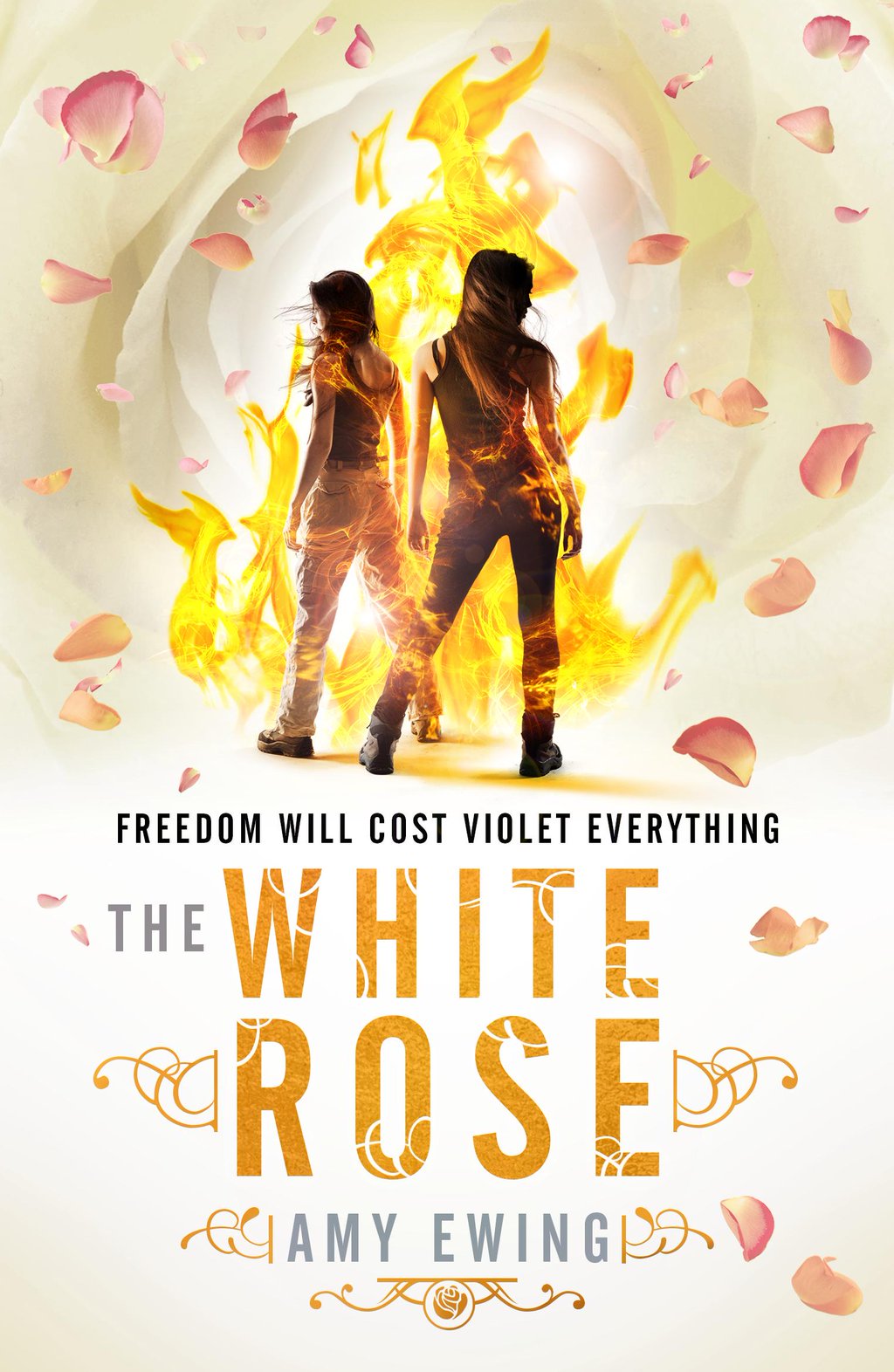 Violet is on the run. After the Duchess of the Lake catches Violet with Ash, the hired companion at the Palace of the Lake, Violet had no choice but to escape the Jewel or face certain death. So along with Ash and her best friend, Raven, Violet runs away from her unbearable life of servitude.

But no one said leaving the Jewel would be easy. As they make their way back through the circles of the Lone City, Regimentals track their every move, and the trio barely manages to make it out unscathed and into the safe haven they were promised – a mysterious house in the Farm.

But there’s a rebellion brewing, and Violet has found herself in the middle of it. Alongside a new ally, Violet discovers her Auguries are much more powerful than she ever imagined. But is she strong enough to rise up against the Jewel and everything she has ever known?

Finally, a dystopian trilogy that doesn’t suffer from second-book syndrome. The White Rose still isn’t quite as captivating as The Jewel but it’s by no means lacking in progression, which can’t be said for so many middle books I’ve read in the past. I loved meeting new characters like Sil, and discovering more about the characters we’re already familiar with like Violet, Ash, Garnet and Raven.

I also thoroughly enjoyed seeing Violet and Ash’s relationship blossom. It’s quite common for the middle book to shake things up by adding some turbulence into the relationship, but Amy Ewing avoids that even when some of the couple’s darkest secrets are revealed. It’s something I loved so much about the Divergent series, too, so I was pleased to see the duo stay strong in The White Rose.

The only thing I find a bit tricky with this series is the fantasy element. It’s a dystopian first and foremost, with an interesting and well developed world that I loved to read about, but the Auguries are essentially magical powers that all of the Surrogates have. I kept forgetting about them, and then they’d pop up again and I’d feel a bit flustered and confused. They just don’t blend together all that well but I’m getting used to it now. I’m not normally one for fantasy but I’m obsessed with dystopian so I think that the idea that a novel can be both it’s just something I need to wrap my head around.

But I’m intrigued to find out what’s going to happen to the characters next, particularly Raven who I’ve grown incredibly fond of. In true dystopian fashion Amy left us with a whopping great cliffhanger, too. We’ve got a while to wait until the third book, called The Black Key, hits the shelves though. It should be coming later this year and when it does I’ll definitely be hurrying out to buy it.