Fantastic concept that’s lacking in substance, but it’ll make you feel warm and fuzzy inside nonetheless. 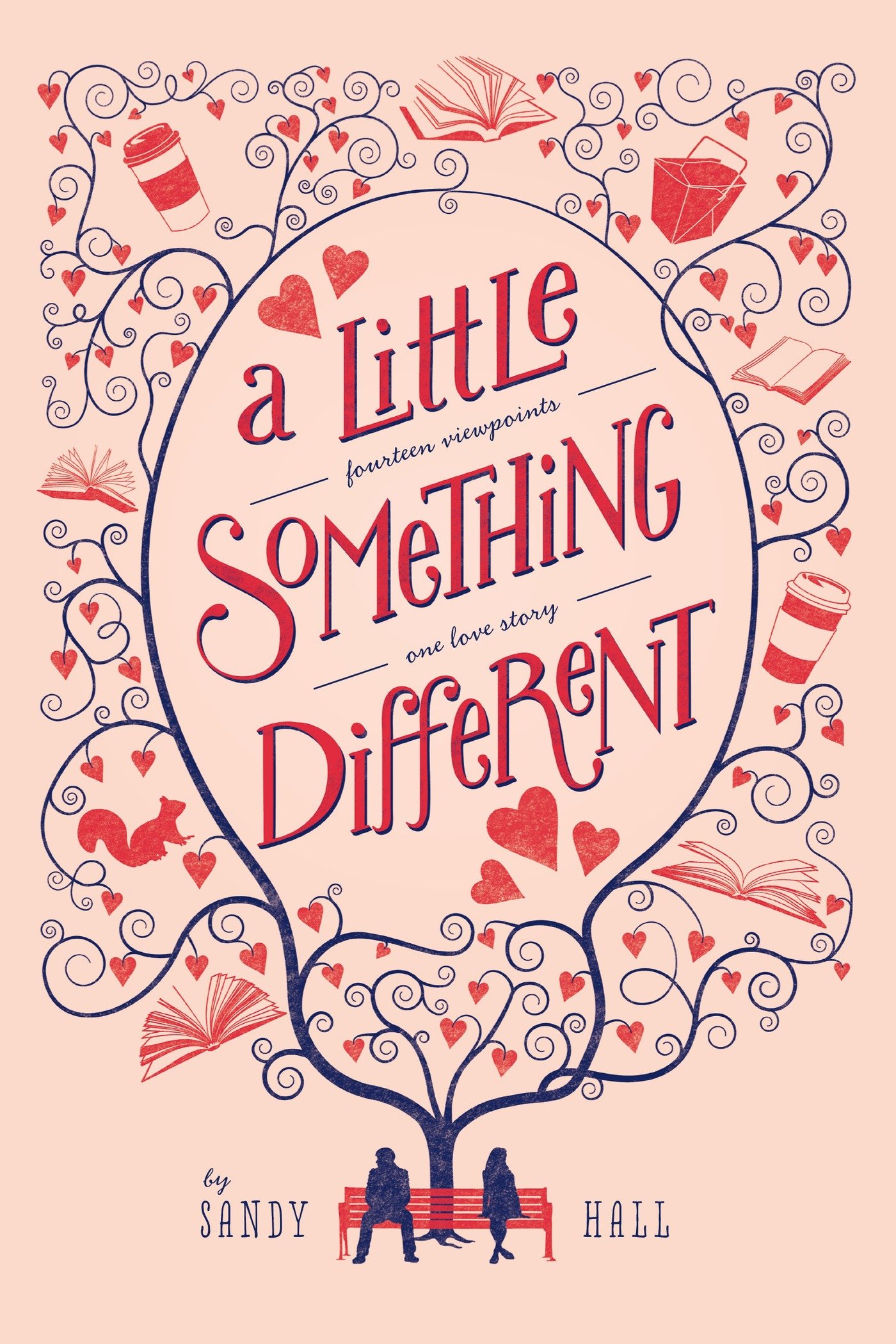 A Little Something Different Summary

Lea and Gabe are in the same creative writing class. They get the same pop culture references, order the same Chinese food, and hang out in the same places. Unfortunately, Lea is a little aloof, Gabe is shy, and it looks like they are never going to work things out.

But something is happening between them, and everyone can see it. Their creative writing teacher pushes them together, the baristas at the local Starbucks watch their relationship like a TV series. The bus driver tells his wife about them. The waitress at the diner automatically seats them together. Even the squirrel who lives on the college green believes Lea and Gabe were meant to be together..

The skeleton of this story is clever and unique, telling the tale of an adorable romance through the eyes of 14 different characters, including the brilliantly fun bench and squirrel, which I loved.

But that skeleton just has no meat on it – the actual romance isn’t believable and it reads a lot like the books I tried to write when I was 13 years old. It’s not very sophisticated and the story itself is stretched extremely thinly to fill the pages.

It’s not that I hated it – you’ll certainly find this book cute and it’ll cheer you up on a rainy day. It’s a quick, light and easy read and I think it would be widely enjoyed by younger readers. But the idea of 14 perspectives telling the story of Lea and Gabe had the potential to be so completely fantastic but it falls pretty flat in reality. The characters don’t seem very different from one another with the exception of the bench and the squirrel, and the adults like the bus driver and the teacher seemed unrealistically young – I just didn’t believe that they would be so invested in Lea and Gabe’s romance.

What did you think of A Little Something Different? I know lots of people have really enjoyed it so I’d love to hear your thoughts.

The Duff by Kody Keplinger

The Baby by Lisa Drakeford