This is one of my favourite books ever and I have no doubt it’ll be one of yours too. 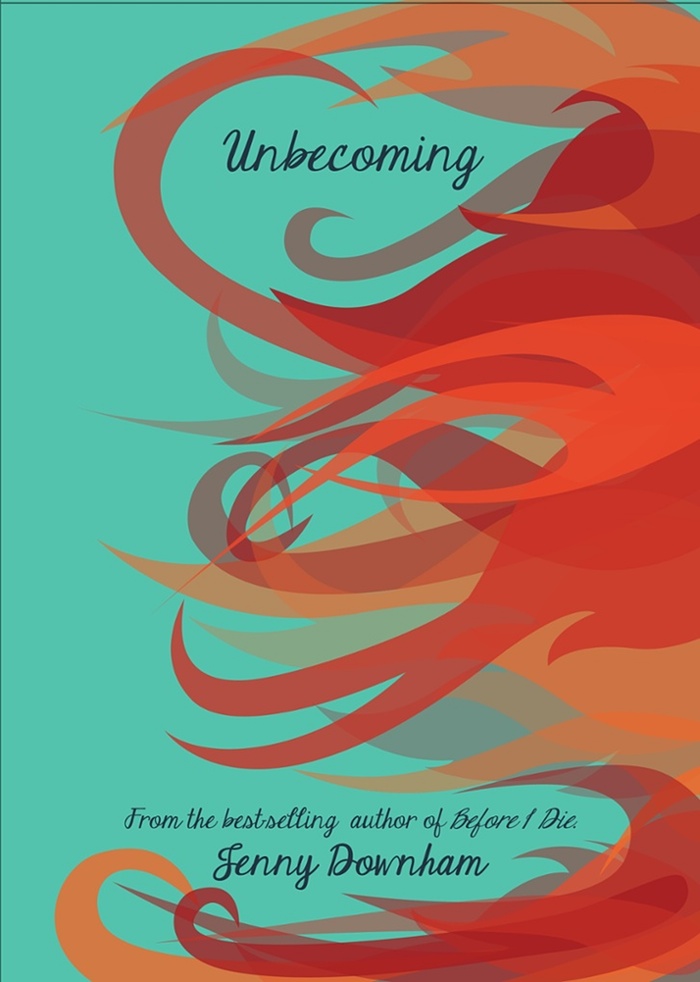 Three women – three secrets – one heart-stopping story. Katie, seventeen, in love with someone whose identity she can’t reveal. Her mother Caroline, uptight, worn out and about to find the past catching up with her. Katie’s grandmother, Mary, back with the family after years of mysterious absence and ‘capable of anything’, despite suffering from Alzheimers.

As Katie cares for an elderly woman who brings daily chaos to her life, she finds herself drawn to her. Rules get broken as allegiances shift. Is Mary contagious? Is ‘badness’ genetic? In confronting the past, Katie is forced to seize the present. As Mary slowly unravels and family secrets are revealed, Katie learns to live and finally dares to love.

Add Unbecoming to your Amazon Wishlist.

Unbecoming became one of my favourite books after just a few pages. It’s one of the most touching and honest books about family I’ve ever read, and it’s going to be loved by so many people, I’m sure of it.

You’ll get to know Katie, Caroline and Mary, three generations of women with their own tales to tell. The story is told through various points of view including Mary’s, which is particularly enlightening because she has Alzheimers. Even though it’s incredibly sad to read, it’s so brilliantly well written that I feel like I understand a lot more about the terrifying disease and the effect it can have on the sufferer as well as their family. Mary’s chapters were among my favourites and made this book unlike any other novel I’ve come across.

What’s different about this family is that, until the point at which this novel begins, Katie and Caroline hardly knew Mary. Mary was very young when she had Caroline, so she left her for her older sister to raise. We’re treated to snippets of Caroline’s early days, when Mary was struggling with the decision she’d made, and later when Caroline was a little older and Mary was trying but failing to be a good mother. That’s all in addition to the present day when Mary’s condition is growing worse by the day and Caroline is finding it hard to care for her when she still holds such a grudge against her. But Katie finds a peculiar comfort in caring for Mary, who inspires her and understands her in a way that no one has done before. It’s so, so wonderful to read.

Unbecoming is a story about how complicated families can be but equally how important and beautiful they are. It’s about learning to love who you are and forgive yourself as well as others for what’s happened in the past. It’s about loss and secrets and unbreakable bonds that’ll always connect people no matter where they go or what they do.

This book is going to relate to so many people. For a start, there are three generations of women to connect with, so you’ll love this book no matter what age you are. Then there are the various issues that are so brilliantly dealt with, including Alzheimers, sexuality, disabilities (Katie’s younger brother suffers from some learning difficulties) and divorce. You’d think that the book would feel over-the-top with so many hard-hitting issues to squeeze in, but it’s been written so sensitively and so believably that you won’t feel like there’s too much going on even for one second. It also manages to avoid leaving you feeling down once it’s over – it’s strangely comforting and heartwarming and I can’t wait to read it again.

I’ll be recommending this book to lots of people and I’ll be lending my copy to anyone I can. It deserves to be read by everyone and everyone deserves to read it.

The Rest of us Just Live Here by Patrick Ness