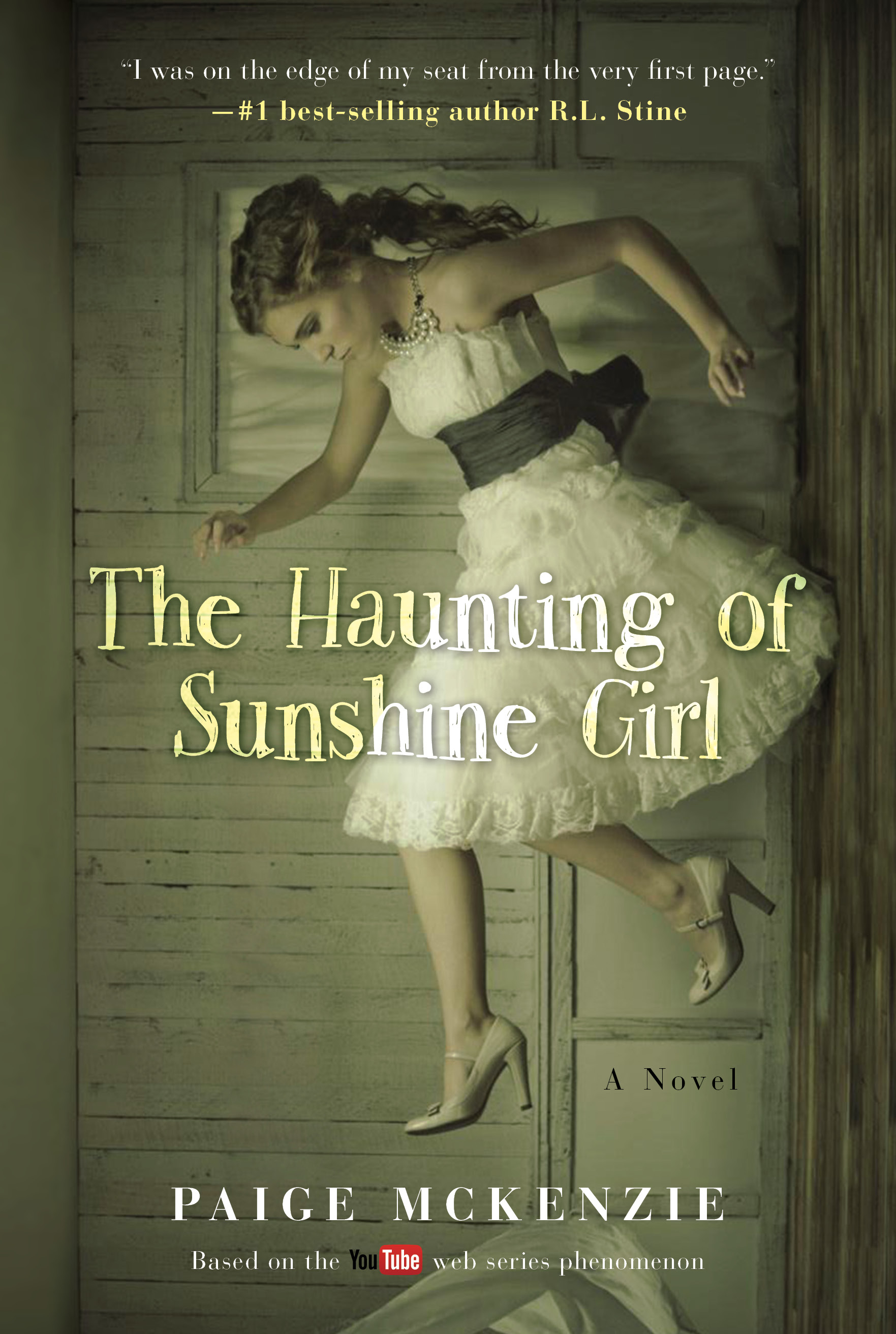 The Haunting of Sunshine Girl summary

In that place where you’re more asleep than awake anymore, I hear something else. A phrase uttered in a child’s voice, no more than a whisper: Night Night.

Shortly after her sixteenth birthday, Sunshine Griffith and her mother move away from sunny Texas, to the rain-drenched town of Ridgemont, Washington. Though Sunshine is adopted, she and Kat have always been close. But from the moment they enter Ridgemont, Sunshine feels her world darken with an eeriness she can’t place. Even if her mum doesn’t recognise it, Sunshine knows something about their new house is just… creepy.

In the says that follow, things only get stranger. Sunshine is followed around the house by an icy breeze, phantom wind slams her bedroom door shut, and she eventually, the laughter Sunshine hears on her first night evolves into sobs. She can hardly believe it, but as the spirits haunting her house become more frightening and dangerous, Sunshine must accept what she is, pass the test before her, and save her mother from a fate worse than death.

First things first, I’ll fill you in on a bit of background about Paige McKenzie just in case you don’t know (I didn’t!). She’s a YouTuber who is the star of a web series called The Haunting of Sunshine Girl back in 2010, and since then has amassed hundreds of thousands of subscribers. Her videos are CREEPY as hell, and that’s what makes them so awesome.

The channel’s success has led to a publishing deal which has led to this very book, written by Paige with the help of ghost writers (hah!).

I haven’t read a horror or thriller in quite a while, but when I was younger I was obsessed with Point Horror novels and this brought back some memories of reading those. It’s really quite frightening at times, and it honestly gave me nightmares one evening! I’m a big wimp.

Overall, I really enjoyed The Haunting of Sunshine Girl. It was a quick read that had me hooked from the start, but I do think it had the potential to be even better. It starts out well, but I felt like Sunshine took no time at all to become used to the idea that ghosts are living in her house. At the beginning, I was scared because Sunshine was scared, but she quickly became brave and therefore so did I, taking away from the experience readers are looking for when they dive into a horror or thriller.

The other thing that lets it down is the distinct lack of characters in this novel. There’s just Sunshine, Nolan, Sunshine’s mum, her teacher Victoria and a friend who’s hardly in the book at all called Ashley. I’d have liked a few extra characters to add more depth to the book, as it made it quite obvious who was going to play which part in the story, leaving little room for mystery.

There is going to be a second novel in the series and I’ll be interested to see which direction it takes, as the latter portion of the book takes a bit of a turn from the traditional ghost story which was quite unexpected. I have a feeling it’ll be a very different book but I’m looking forward to reading it.

Have you read The Haunting of Sunshine Girl? Let me know what you think in the comments section below.