Excellent conclusion to one of my favourite YA trilogies – and better still there’s more to come. 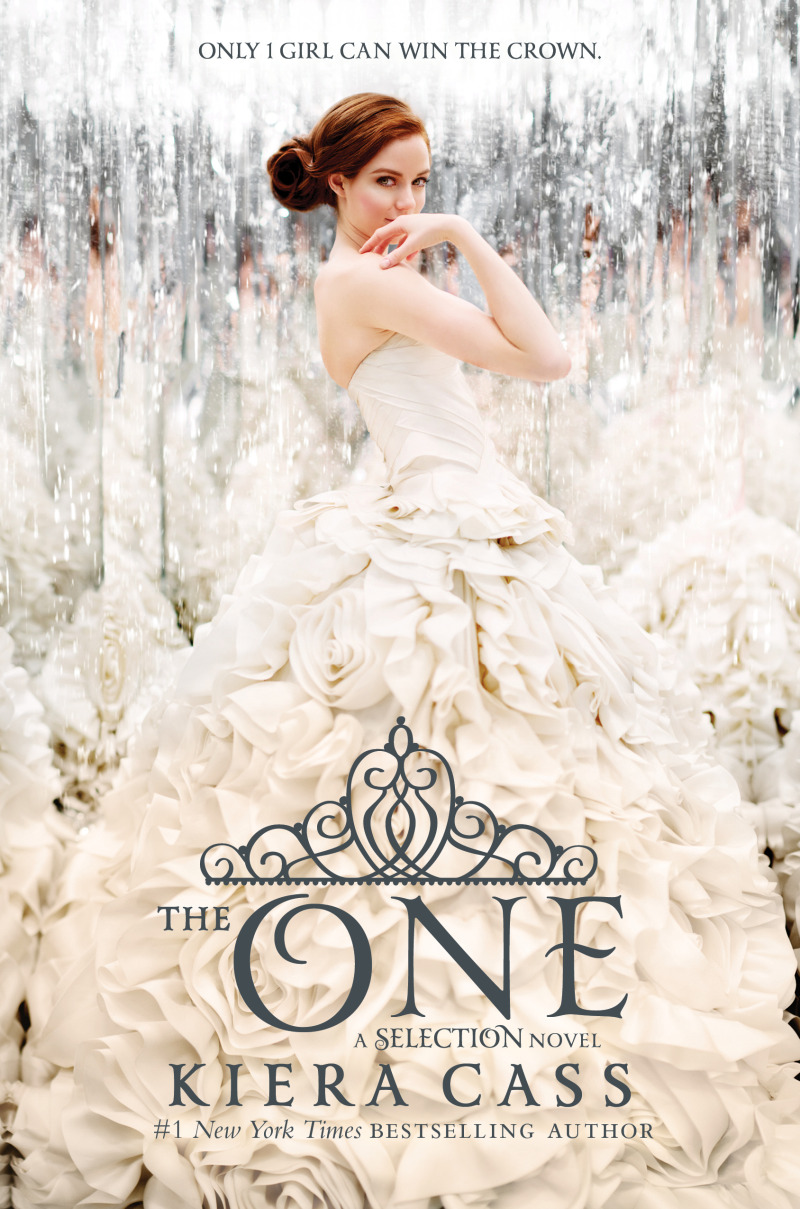 The One summary (from Goodreads)

The time has come for one winner to be crowned.

When she was chosen to compete in the Selection, America never dreamed she would find herself anywhere close to the crown – or to Prince Maxon’s heart. But as the end of the competition approaches, and the threats outside the palace walls grow more vicious, America realizes just how much she stands to lose – and how hard she’ll have to fight for the future she wants.

Add The One to your Amazon wishlist

If you’ve followed my blog at all over the past three years, you’ve probably realised that I love Kiera Cass’s The Selection trilogy. In my reviews of The Selection and The Elite, I’ve described the series as peculiarly addictive, refreshing and a guilty pleasure, and the same can be said for The One.

I can’t help but love these novels, and I know that my sister Tayler and my bestie Zara felt the same way. Both of them are in their early 20s so despite my previous concerns that they’re really for a younger audience, it’s clear that even those who’ve passed their teenage years are suckers for handsome princes.

The romance in The One is cheesy but perfect, and the storyline is slightly flaky, but the combination of a love triangle, a dystopian world and princessy girliness is tricky to resist.

I am so pleased to say that I loved the conclusion to this trilogy, and I can’t wait to read even more in the fourth book/spinoff called The Heir. It’s rare for me to enjoy the last book in a trilogy so much: some of my other favourite series have disappointed me at the end, including the Delirium trilogy and Divergent. But The One’s ending was dramatic, shocking and had me on the edge of my seat.

It’s perfectly well rounded and left me with a warm fuzzy feeling, even if there were moments that were really rather sad.

I absolutely adored the relationship between the four girls in the Elite towards the end of The One, and was thankful that my questions about America’s father and also the King were answered. My annoyance with America from the second book didn’t creep back in, and I thought Kiera’s handling of the conclusion to the love triangle was perfection.

It’s recently been revealed that The Selection is going to be made into a movie, and I actually squealed out loud at the news. That’s a movie I can’t wait to see.

March/April Wrap Up & Haul (starring The One)