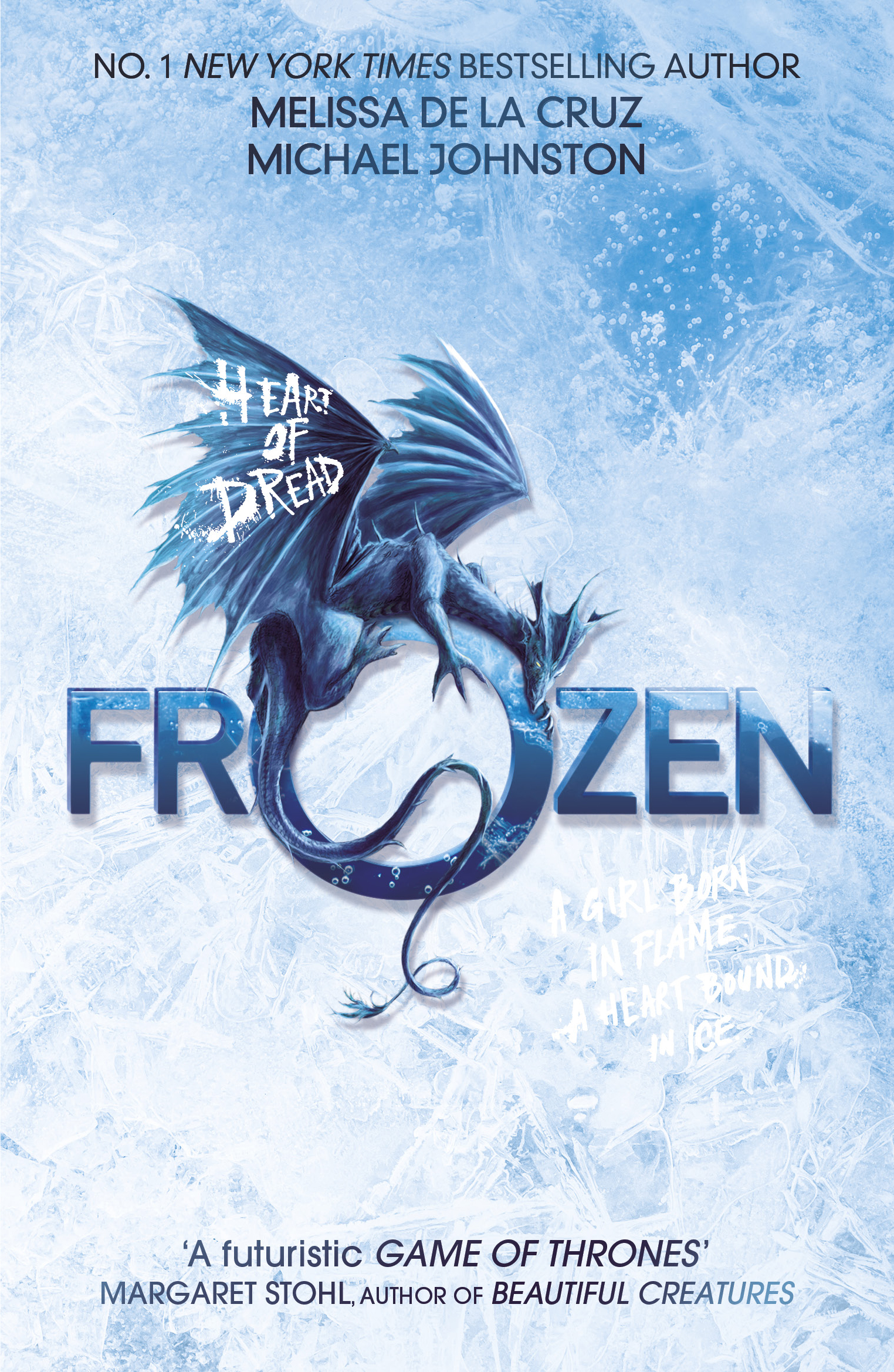 Welcome to New Vegas, a world once covered in bling, now blanketed in ice. Like much of the destroyed planet, the place knows only one temperature – freezing. But some things never change. The diamond in the ice desert is still a 24-hour hedonistic playground and nothing keeps the crowds away from the casino floors, never mind the rumours about sinister sorcery in its shadows.

At the heart of this city is Natasha Kestal, a young blackjack dealer looking for a way out. Like many, she’s heard of a mythical land simply called “the Blue.” They say it’s a paradise, where the sun still shines and the waters are turquoise. More importantly, it’s a place where Nat won’t be persecuted, even if her darkest secret comes to light.

But passage to the Blue is treacherous, if not impossible, and her only shot is to bet on a ragtag crew of mercenaries led by cocky runner named Ryan Wesson to take her there. Danger and deceit await on every corner, even as Nat and Wes find themselves inexorably drawn to each other. But can true love survive the lies?

Add to your Amazon Wishlist

I’m completely torn about Frozen. There are some elements to this book that I absolutely fell in love with, and there are others I really, really disliked. Let me explain:

I loved, and I mean LOVED, the world in Frozen. It’s a sort of dystopian fantasy world, set in a future in which everything is frozen (duh). Our story starts off in a very different Las Vegas to the one we know now, but it still felt remarkably familiar (particularly as I was in Vegas this very January). That made it really easy to place myself into this story and vividly imagine the environment, complete with trashbergs (like icebergs but made of trash, or rubbish as we like to call it in the UK). It’s unique, imaginative and magical.

What makes the world in Frozen even cooler (no pun intended) is the ‘Marked’. Marked people have all sorts of powers. There are other magical creatures, too, even zombies, which I thought was probably taking things a bit too far but I was willing to let that slide. It never was made clear how exactly a new ice age caused magic to be a thing but I tried not to ask too many questions about that one and just enjoyed it as a fantasy from the get-go.

But then came the mushy, over the top romance, which totally ruined things for me. It didn’t help that I didn’t quite ‘get’ Nat as our main character, a sign of poor character building, and the ending left me with that dreaded ‘what?’ feeling that I well and truly despise.

It’s a shame. This book had the potential to be so, so brilliant. The ideas behind the world are so unusual and it’s rare to read a book that feels so different from anything you’ve read before.

But the holes in the world building are enormous, and it’s only looking back at it now that I’ve realise just how huge they are. They’re more like craters, in fact. There are so, so many questions I have about it that haven’t been answered, and without those questions it’s like a jigsaw puzzle that has been forced together with pieces from 20 different puzzles. Each piece is intriguing, clever, unique, but put them together and it’s one giant, jumbled mess.

Frozen is actually the first book in a new series called Heart of Dread. Right now, I’m not sure I’ll continue reading the series, but I think I’ll eventually get curious about where the story went after that bonkers ending and give it a go. You never know, it could answer all of my questions!

Have you read Frozen? What did you think of it? Also, have you read any of Melissa de la Cruz’s other novels? Are they better? I’d love to know.