Find out about the inspiration behind Saci’s incredibly imaginative story, what she likes to read and her advice for aspiring authors. 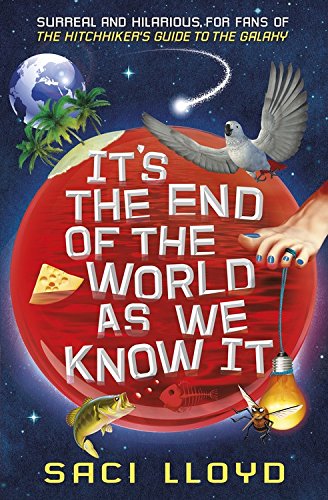 Saci Lloyd, the Manchester-born author of the award winning The Carbon Diaries series, unleashed the start of an all-new series at the beginning of the year with a brilliantly imaginative and funny new book called It’s It’s the End of the World as We Know It.

Welcome to a world controlled by a megalomaniac Lolcat. A world where data pirates, zombies and infobots on surfboards roam free. A world at war over cheese…

When teenager Mikey Malone gets sucked through a wormhole into this parallel world, he discovers a power-crazed corporation is planning to use Earth as a dumping ground for an uncontrollable poisonous algae. It’s a race against time for Mikey and his rebel friends to stop the ruthless tyrants from getting their way.

I raced through this book a few weeks ago when it arrived through my letter box, which was slightly unexpected as It’s the End of the World as We Know It is a departure from the kind of books I usually read. But for me, that’s what made it so refreshing, and brilliantly enjoyable. That and the fact that it’s an alternative look at technology and its future, which as a technology journalist is particularly interesting to me!

It’s not going to appeal to everyone, but approach it with an open mind and prepare your imagination for some serious excursive, and you’re going to love it.

I was lucky enough to get the chance to ask Saci a few questions about her new book, and her answers were as fun and insightful as I expected them to be. 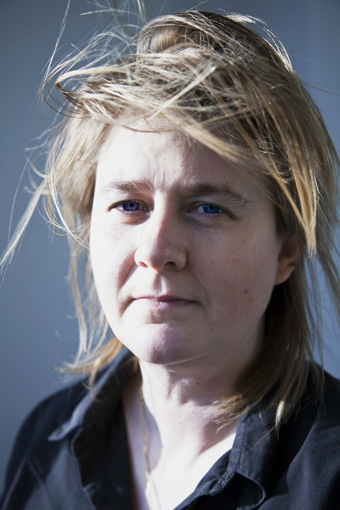 AA: What inspired you to write It’s the End of the World as We Know It?

SL: I’m always interested in the future and what we can do to change it. The book is me playing about with a vision of the future where Silicon Valley thinking rules the roost. I wanted to satirise that technology-will-save-us-all-while-we-screw-the-planet approach to life.

AA: It’s a hugely imaginative novel. Did you find it easy to write because you could let your imagination run free, or did that make it even more difficult?

SL: I had a blast writing this book. It was so much fun. The trouble was what to leave out. A lot of weird stuff got chopped.

AA: How on Earth did you come up with such brilliant and bonkers ideas?

SL: Oh well, as I always say – everything in my books has already happened – or is well on the way to happening. All the stuff with robots and genetic modifications, if you visit a few labs around the world, you’ll see it all there. I love technology, but I don’t want us to sleepwalk towards a future we don’t want and can’t change.

AA: Who is your favourite character in It’s the End of the World as We Know It and why?

SL: Probably Kix because she’s so ANGRY all the time, but then melts like butter when anyone needs her.

AA: Is there going to be a second book in the series or are we stuck with that enormous cliffhanger?

SL: Second book is on its way!

SL: Too hard. I love Huckleberry Finn, Pickwick Papers, Hitchhikers and anything by David Sedaris…

AA: If you could give aspiring authors one piece of advice, what would it be?

SL: Creativity is fun. Writing a book is a grind. Don’t let the grind kill the fun. Walk away. Take a break. Come back when it’s fun again.