Epic dystopian with a high-fantasy twist. 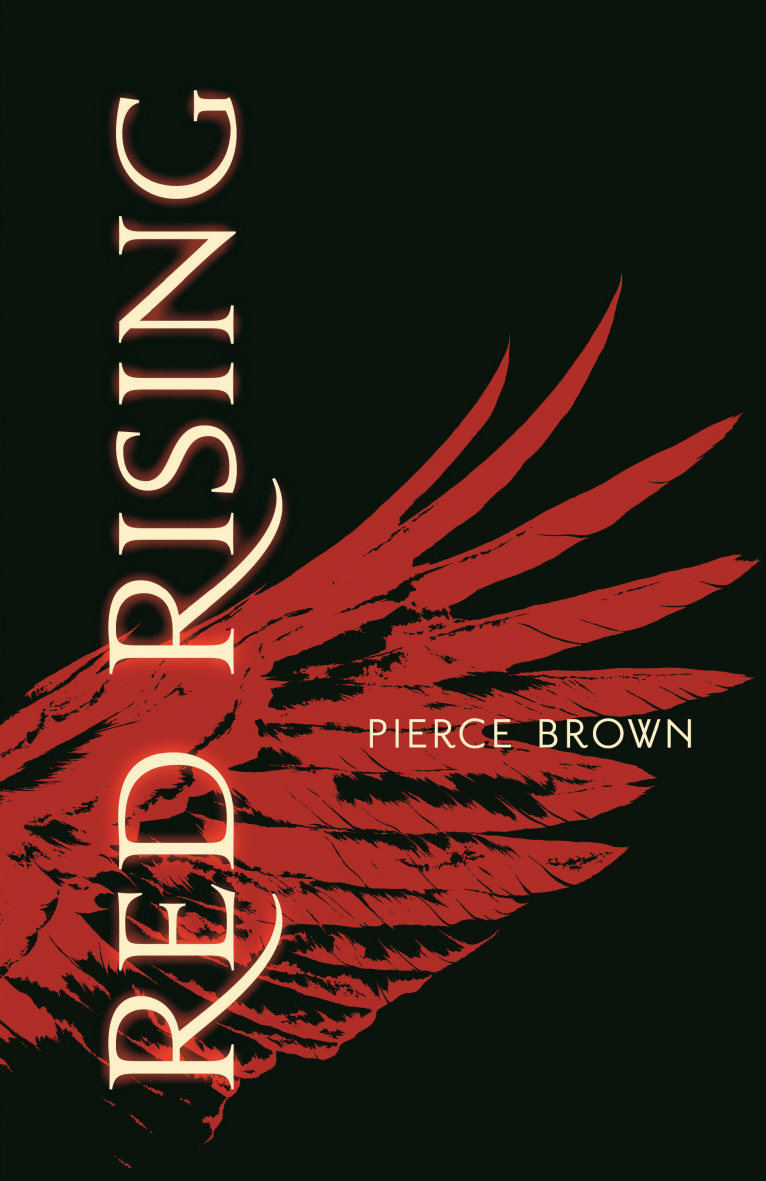 The Earth is dying. Darrow is a Red, a miner in the interior of Mars. His mission is to extract enough precious elements to one day tame the surface of the planet and allow humans to live on it. The Reds are humanity’s last hope.

Or so it appears, until the day Darrow discovers it’s all a lie. That Mars has been habitable – and in habited – for generations, by a class of people calling themselves the Golds. A class of people who look down at Darrow and his fellows as slave labour, to be exploited and worked to death without a second thought.

Until the day Darrow, with the help of a mysterious group of rebels, disguises himself as a Gold and infiltrates their command school, intent on taking down his oppressors from the inside. But the command school is a battlefield – and Darrow isn’t the only student with an agenda.

The first thing I want to address here is that this novel sits in the Adult category, but is often mistaken as a YA book due to the age of the protagonist (I believe he is 16 years old) and the dystopian storyline that is hugely popular in the YA category right now. Personally, I loved that about it. It had many of the elements that appeal to me as a YA fan, but a more mature feel to it that better suits my actual age, which has sadly long passed the target age of YA novels (but I still love them anyway). (You might like my round-up of 15 YA books ‘grown-ups’ should read).

What I would say, though, is that for younger readers, it’s worth noting that there is some sex, some swearing and a helluva lot of blood, guts and gore within the pages of Red Rising, so if that’s something you’re not so keen on I’d steer clear of this one!

Onto the actual story now, and it’s quite strange thinking back to the beginning of this novel and how I felt while reading it compared with the way I felt during the final chapters. Red Rising almost feels like three separate books, because there are three defined sections that have completely different environments and people within them. This makes the images that each section creates your mind are so wildly different from one another. It’s quite incredible, and there’s something about Pierce Brown’s writing that makes those images extremely vivid and easy to conjure up. It helped keep me interested the whole way through, even though I dragged through the first third of the book despite enjoying it (because it was Christmas and I was either busy, tipsy or tired).

I would say that this book is so fast paced that it’s easy to miss something important and lose track of what’s happening if you read a paragraph too quickly or if your concentration wavers slightly, something I’ll admit I tend to struggle with from time-to-time. There’s also lots of detail about this world that’s so different from our own despite being set in our distant future, which is when I noticed that Red Rising has the make-up of a high-fantasy novel.

But overall, I enjoyed the various twists and turns in this novel, the incredible characters, each with their own quirky and unique personalities. It’s a world that I think everyone will love to hate.

Also, who doesn’t love a book with a map?

I hear that Red Rising has been picked up by Hollywood, and I am VERY excited. I can see this movie being absolutely awesome – it’s the perfect novel to bring to life on the big screen.

Red Rising is the first in a trilogy, which is also exciting! I cannot wait to read the second book, Golden Son.

What did you think of Red Rising? Let me know in the comments section below.

Shades of Earth by Beth Revis