Stunningly truthful tale of one heart with two great loves 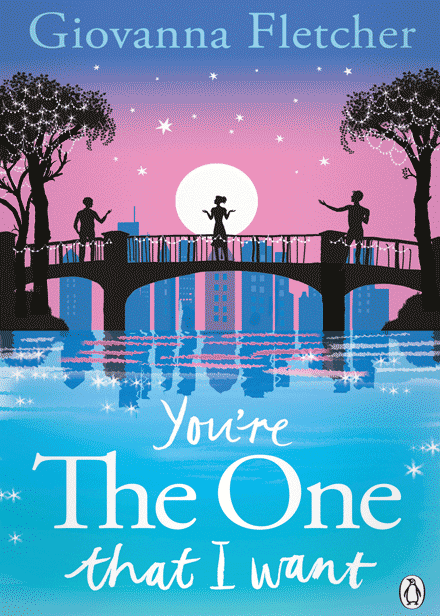 You’re the One That I Want summary

Maddy, dressed in white, stands at the back of the church. At the end of the aisle is Rob – the man she’s about to marry. Next to Rob is Ben – best man and the best friend any two people have ever had.

And that’s the problem.

Because if it wasn’t Rob waiting for her at the alter, there’s a strong chance it would be Ben. Loyal and sensitive, Ben has always kept his feelings to himself, but if he turned round and told Maddy she was making a mistake, would she listen? And would he be right?

Best friends since childhood, Maddy, Ben and Rob thought their bond was unbreakable. But love changed everything. Maddy has a choice to make but will she choose wisely? Her heart and the hearts of the two best men she knows, depend on it…

Giovanna’s debut, Billy and Me, was really rather good, but You’re The One That I Want is even better. Filled with absolutely realistic romance, this book captivated me and while I wasn’t satisfied with the ending, I think that’s the whole point – it’s pretty clever.

You’re The One That I Want starts at Maddy’s wedding, as Maddy is walking down the aisle to marry someone she loves. But there’s someone else she loves, too, as we find out thanks to the flashbacks that make up the entire book.

I found the early parts of the book when Maddy, Robert and Ben were young quite slow, but I understand why they were necessary. They help the reader discover just how close a bond the three of them have, and without that it would be difficult to support Maddy’s thinking throughout the rest of the novel.

When they hit their teenage years things get going, and I quickly found myself falling in love along with Maddy. What’s interesting about this novel is that it’s a dual narrative, so the reader also gets Ben’s perspective. Giovanna chose to leave Robert’s perspective out of the book, but I enjoyed the segments of his wedding speech that were dotted throughout the novel between chapters.

It’s because of Ben’s perspective that it’s difficult not to be on Team Ben. You get to know his motives, his thoughts, his feelings. But what I love about this book is that Giovanna’s motive was to write a story hat is true to life, even if it doesn’t give the reader exactly what they want. This isn’t an unrealistic account of love in any way. It feels genuine, and I take my hat off to Giovanna for that.

If you’re looking for a heartwarming, fuzzy read then this probably isn’t it. Yes, it has its moments, but it’ll also make you cry and it might even break your heart a little bit. But for anyone interested in reading a story of friendship, with well-rounded characters that you’ll quickly grow to love and sometimes hate, I’d recommend this book in a heartbeat.

15 YA books that all grown ups should read

If I Could Turn Back Time by Nicola Doherty

A Heart Bent Out Of Shape by Emylia Hall