November was a busy bookish month for me, particularly towards the end when I headed on up to London for two YA showcase events for 2015 (blimey, it’s going to be an exciting year next year!). That’s why I decided to do my first ever book haul post, and I’m even going to pair it up with my first ever vlog. Eek!

I’ve always thought about doing a vlog, but I had never managed to pluck up the courage to do so. Until now, that is. That’s because I met some brilliant, wonderful people at the aforementioned book events (which I’ll talk more about later), many of which were vloggers, or BookTubers as they’re more fondly known. They encouraged me to give it a shot, and after meeting them in the flesh and realising they’re just like you and me, I decided: what’s the harm in trying?

You can watch my first ever vlog above, and continue reading for more info about each of the books in my book haul and when/where you can buy them.

The first event I went to was Walker Books’ amazing Bookish Brunch, where we were treated to pastries, fruit, waffles, tea and coffee, which we tucked into before being shown what’s on the menu for 2015.

We didn’t get to take away all of the books from the menu there and then, of course, but we were able to take a few, as well as some books that were published in 2014 or earlier that we may have missed out on.

By author Jandy Nelson, the woman behind The Sky is Everywhere, I’ll Give You The Sun is a tale that centres around twins Jade and Noah, who are inseparable before they’re torn apart by tragedy. It sounds like an incredible mix of complicated romance, heartbreak and grief that I can’t wait to get stuck into.

I’ll Give You The Sun will be out on 2 April 2015, so I’ll bring you my review before then to help you decide whether to read it.

I was also sent The Sky is Everywhere with its gorgeous new cover (that matches the cover of I’ll Give You The Sun), which I’ve actually not read before so I’m really grateful to Walker Books for sending this one over too.

Also, during the event we got to hear from Sophie Heywood, who created the cover design for I’ll Give You The Sun and The Sky is Everywhere, which was pretty inspiring. She’s fresh out of uni, spotted by Walker Books at a grad show earlier this year, so she’s already living her dream. Amazing. Sophie also created lots of artwork to go inside the books, which I absolutely love.

The Unlikely Hero of Room 13B by Teresa Toten

Another proof I got to take away from the Walker Books event was The Unlikely Hero of Room 13B, which is being published in March 2015.

It’s about teenager Adam, who falls for fellow teenager Robyn as their OCD support group. In addition to the love story, there’s also a whodunit at the centre of this novel, sparked by threatening letters that are being sent to Adam’s mum by a mystery bad guy (or girl).

This sounds like it’s right up my street so I’ll be reading and reviewing it ahead of its March release date.

After the event, we were invited to take any books we fancy from the shelves in the room we were in, which I did, of course. I felt very naughty doing so, but I couldn’t resist! The shelves were bare by the time we’d finished thanks to everyone’s inability to resist books. 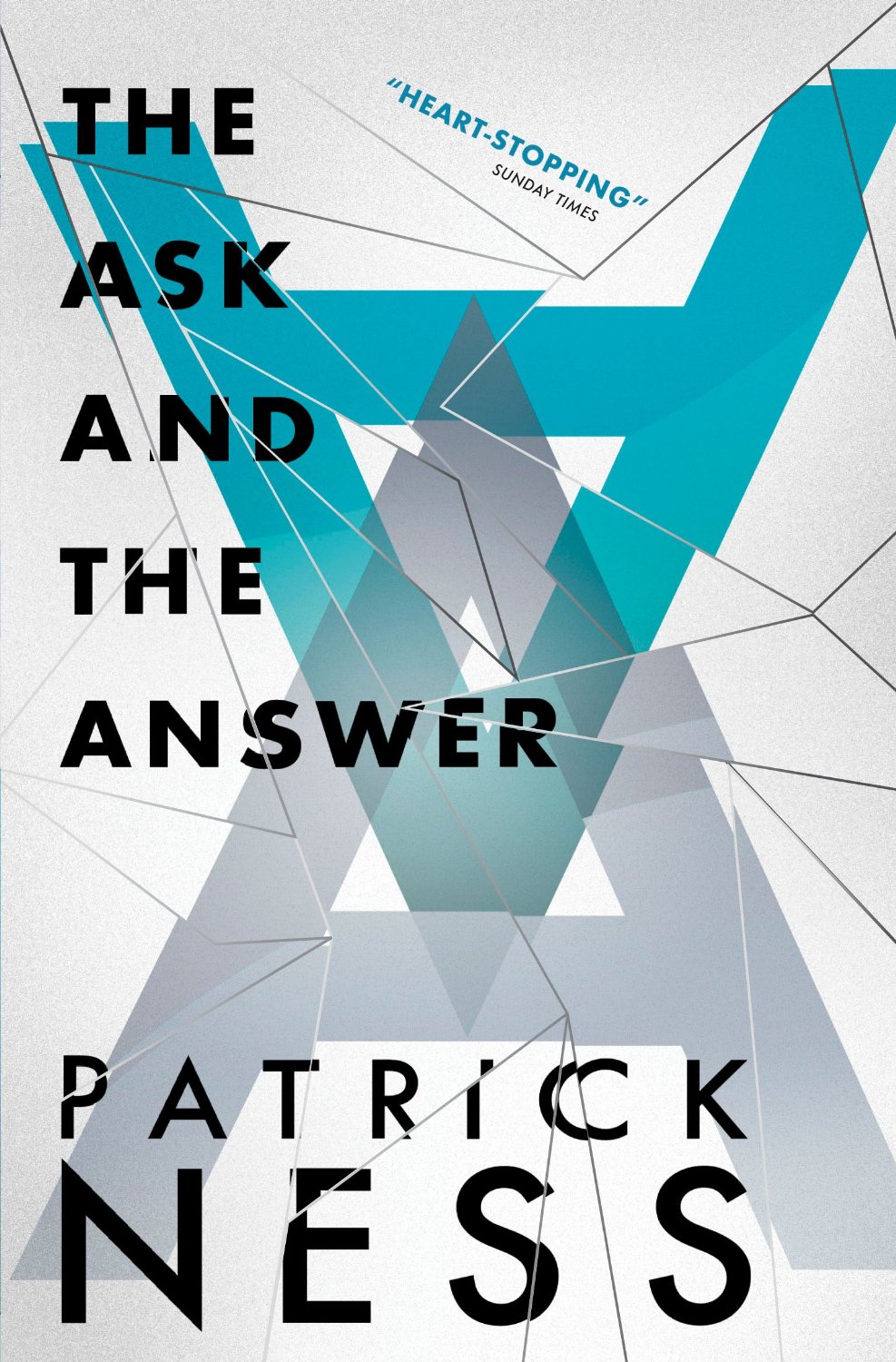 At the time of the event, I was reading The Knife of Never Letting Go by Patrick Ness, which I’ve now finished and will be reviewing very shortly. So spotting the final two books in the trilogy on the shelf was exciting for me! I grabbed them, of course, popping them in to my rapidly overflowing bag of goodies.

For those of you who don’t know the series, it’s about a boy named Todd who lives in a world where you can hear everyone’s thoughts in what they call ‘the Noise’. It’s a really cool concept, quite dystopian and sci-fi, and it’s written in a way that I can only describe as genius. But then, we’re talking about Patrick Ness so what else would you expect?

The Night Itself by Zoe Marriott

If you’ve read my blog you may have realised that fantasy is something that’s really hit and miss with me, but I’ve heard many good things about Zoe Marriott and I’ve read one of her books in the past. So when I spotted The Night Itself on the Walker Books shelf, I picked it up. It’s the first in The Name of the Blade trilogy, which follows Mio, who steals a katana (awesomeeeee) that unleashes an ancient evil onto the streets of modern-day London.

It sounds pretty cool to me, and I’m a bit of a sucker for Japanese stuff, so I’m going to give this trilogy a try at some point. First, though, I’m going to let my friend Zara read it (and perhaps I can convince her to write a guest review), because she’s a big Zoe Marriott fan.

The Strange and Beautiful Sorrows of Ava Lavender by Leslye Walton 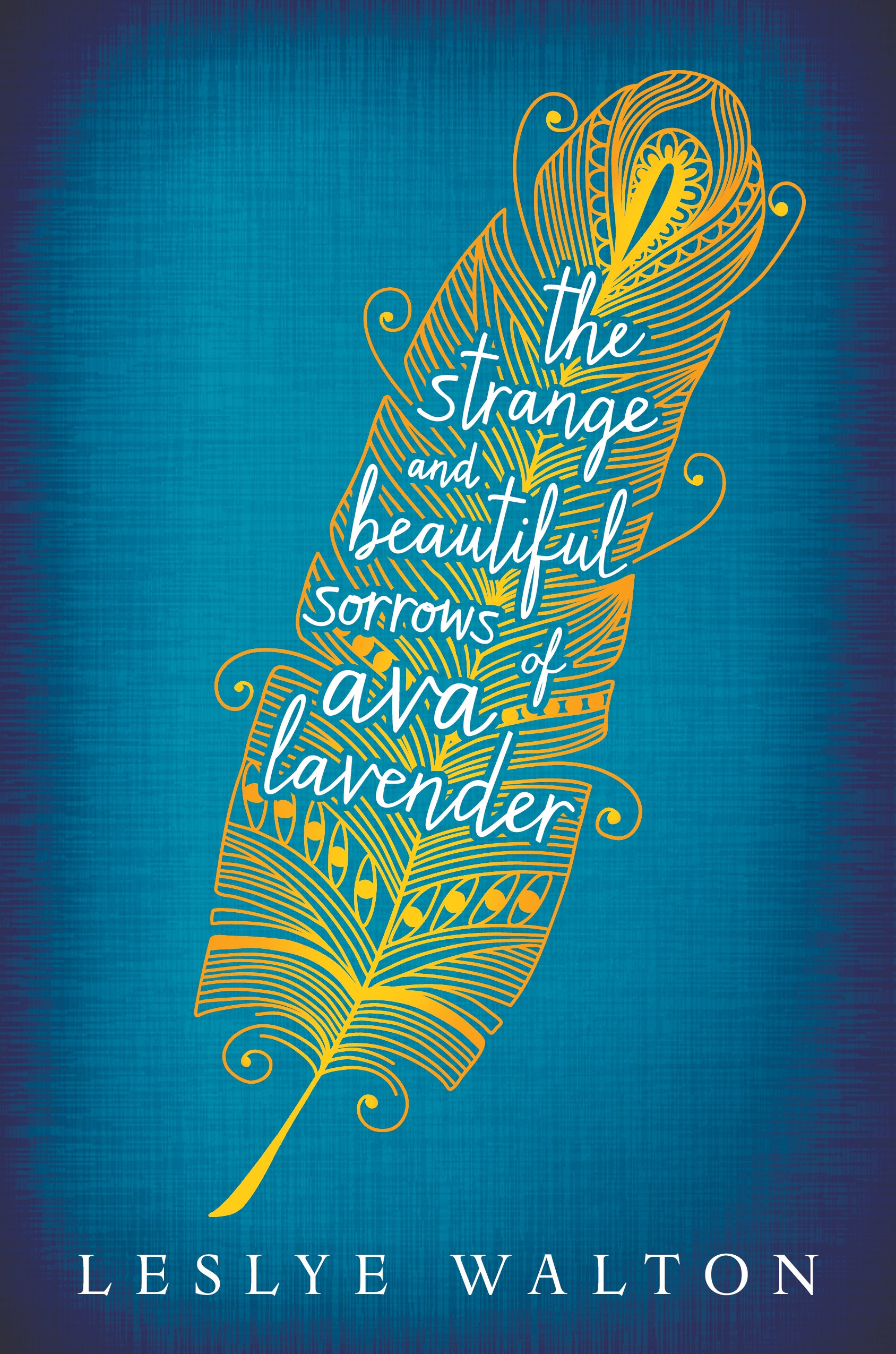 First of all, how gorgeous is this cover!? When I saw it in the flesh on the Walker Books shelf I knew I had to take it. The Strange and Beautiful Sorrows of Ava Lavender is about Ava Lavender (duh) and her wings. Yep, she was born with the wings of a bird.

This book sounds like it could be a masterpiece. It’s mysterious, mythical and poetic (or so it seems). I’m intrigued, and can’t wait to read it and report back!

Following the Walker Books Bookish Brunch, I moved on to meet Macmillan for the My Kinda Book Christmas Blogger Extravaganza, where I was greeted by delicious mulled cider. YUM.

There, we got a sneak peek at what’s coming in 2015 from Macmillan, and it’s another exciting line-up. Among my particular highlights from the event was hearing Virginia Bergin talk about The Storm, the sequel to The Rain, and read an extract from the novel. I CAN’T WAIT.

I was able to take away several books from the event, including My True Love Gave To Me.

This beautiful, Christmassy book is a collection of twelve winter romances written by some brilliant authors including Holly Black, Gayle Forman, David Levithan and Rainbow Rowell.

I’m not even sure I need to say any more than that.

A Little Something Different by Sandy Hall

I hadn’t heard about Swoon Reads, the Macmillan imprint, until a month or so ago. It’s a cool idea, based around a website where authors can submit YA love stories and readers can read and rate them. The editors at Swoon Reads will then pick stories that they loved and the readers loved, and publish them.

A Little Something Different is one of the published Swoon Reads novels, and follows Lea and Gabe’s romance through the eyes of fourteen different people. How cool does that sound? 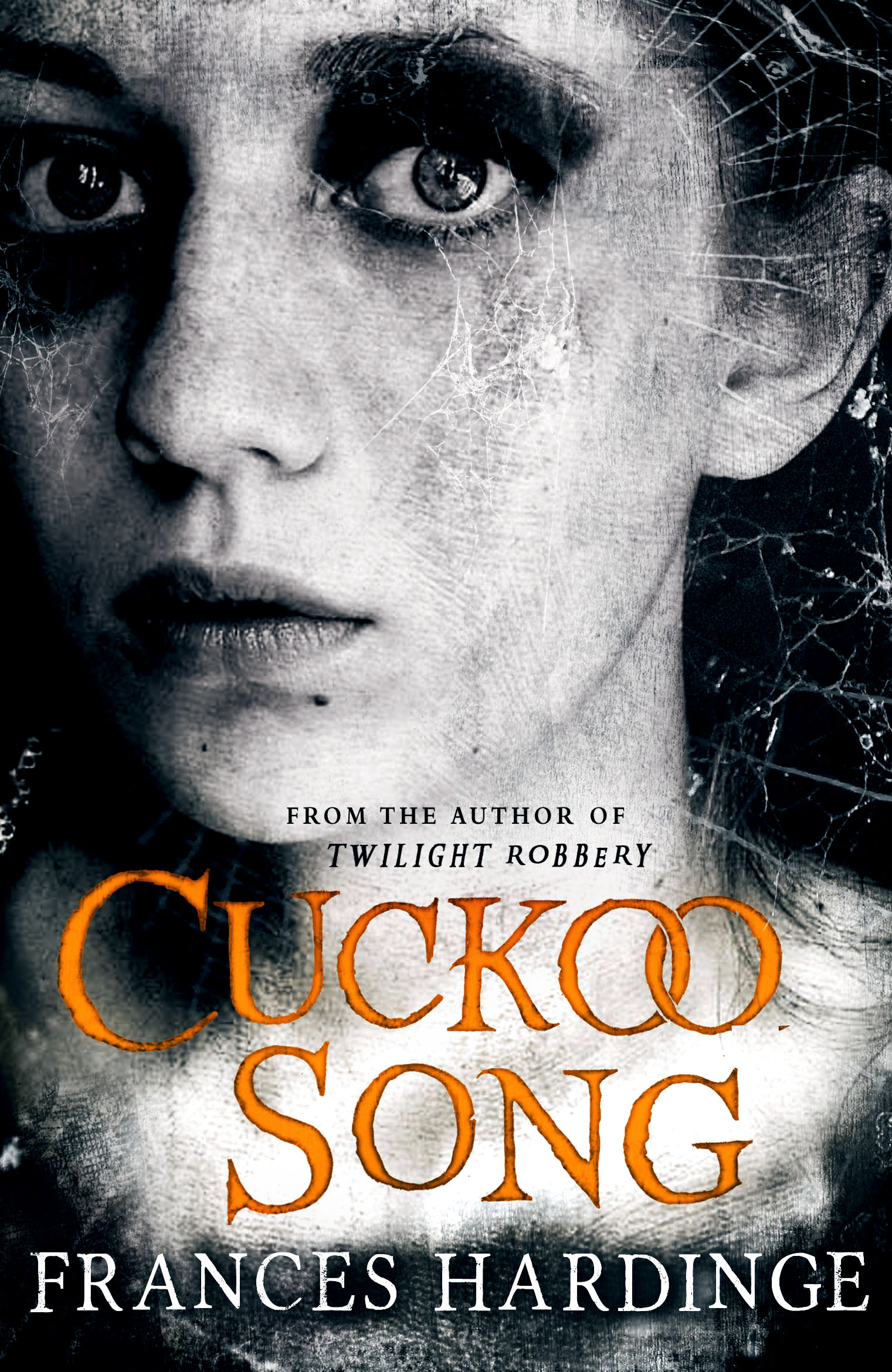 From something light and fluffy to a frightening read now, by Frances Hardinge. It’s described as a dark and twisted fairy tale, and just reading the blurb gave me the creeps. I love a good scary novel once in a while so this one’s high on my TBR list for next year.

The Haunting of Sunshine Girl by Paige McKenzie

Arriving on 26 March 2015 is The Haunting of Sunshine Girl by Paige McKenzie, which is based on the frightening YouTube channel web series. I’ve not seen any of the web series yet but I’m completely intrigued by it now. I think I’ll watch a few episodes and then get stuck into this spooky read.

Stella is a high-school drama that I’ve heard lots about and can’t wait to get stuck into.

I think that’s all of the books from the two events I went to (I may well have missed something tucked away in the depths of my bookshelf), but I also received a package from Walker Books ahead of the event with a few books I’d missed out on in 2014, so I’m massively grateful to them for sending over the following four books.

I know, I’m WAY behind on this one. But I’ve got it now, so I’m catching up, ok? Trouble has had some serious hype, and rightly so as far as I’m aware, so I am so freaking excited to read this one.

Plus, we got to meet Non Pratt and hear a reading from her upcoming novel Remix, which sounds equally awesome, and is coming out next summer.

The Kingdom of Little Wounds by Susann Cokal 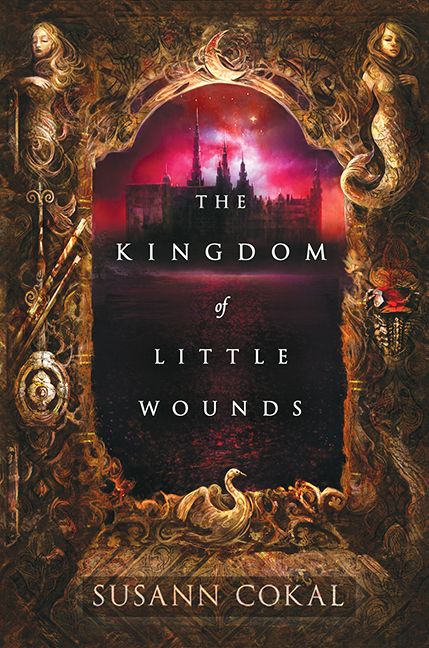 It was really nice of Walker to send me this amazing hard back of The Kingdom of Little Wounds by Susann Cokal. I hear it’s dividing a lot of readers, and some say it’s a surprise that it’s been categorised as YA because it is particularly detailed about some pretty gruesome things, but that’s fine with me (after all, I’m 24…).

I’ve also heard that it’s a brilliant historical, dark and quite horrible fairy tale, so I’m going to give it a shot and see how it goes. If anything, I want to find out what the fuss is about and see if I agree about the not YA accusations!

The Girl Who Was Supposed to Die by April Henry

Ooh, this one sounds exciting. It’s a thriller, and I’ll share the blurb with you because I think it’ll make you want to read it (it did that to me).

“She wakes up on a rough wooden floor with blood in her mouth. Her fingers burn; some of her nails are missing. She doesn’t know who or where she is, or why. And there are two men arguing over whether or not to kill her.”

This one sounds like a fast-paced, action-packed read with lots of twists and turns, and I’ve heard that it’s a bit of a mind-f**k. LOVE IT. Can’t wait to read it 🙂