Every 16-year-old girl should read this book. 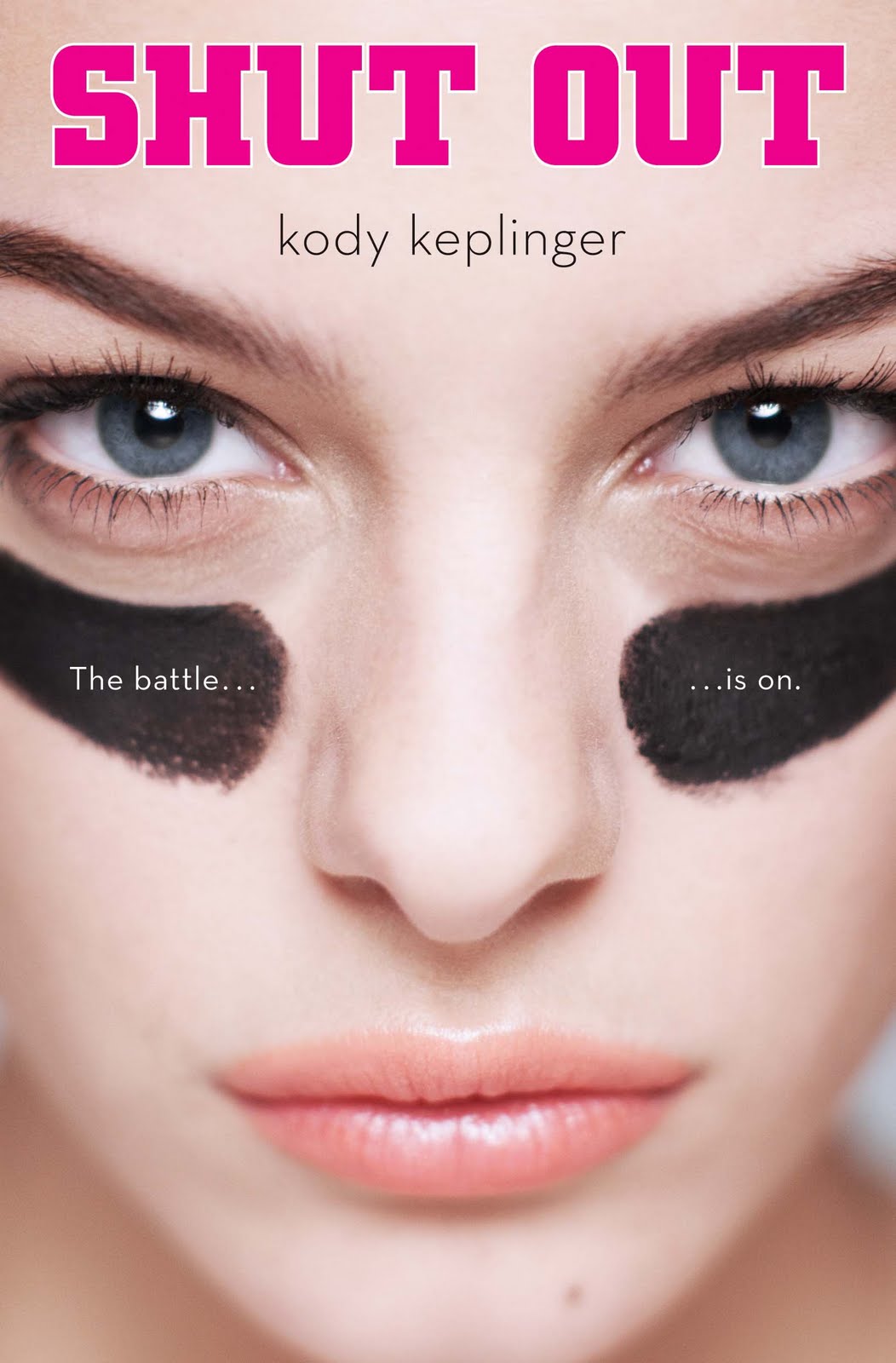 Let the battle of the sexes begin!

The girls of Hamilton High are sick of the rivalry between their boyfriends’ football and soccer teams. Lissa’s quarterback boyfriend Randy is always ditching her to pick a fight on or prank the other team. The girls are tired of competing for the boy’s attention.

They want their boyfriends back!

Lissa rallies the girls and calls a sex strike. The boys won’t get any action from them until the teams make peace. What they don’t count on is a new rivalry: a girls-against-boys showdown that hinges on who will cave first. And Lissa finds that it’s much harder than she ever thought it would be…

I’m definitely a bit too old for Shut Out. It’s YA, but it’s at the younger end of the spectrum and won’t necessarily appeal to those over the age of about 20 (I’m 24). However, despite that, I still really enjoyed reading it and would recommend it to girls aged from 16 to 19 without hesitating. I wish I had read it when I was 16.

This book surprised me, actually. After reading the summary, I’ll bet some of you have been put off already. I mean, a sex strike? Really? Using sex as a weapon is something I wholeheartedly disagree with for many, many reasons that I won’t go into here to prevent this review from turning into a giant rant.

But Shut Out is actually loosely based on Aristophanes’ Lysistrata, a comedy from ancient Greece that revolves around one woman’s quest to end the Peloponnesian War by persuading Greek women to join a sex strike. Instead of ending the war, though, it sparks a battle of the sexes when the men begin to fight back.

Once I understood where the idea had come from it made me feel a lot better about the premise. And then, once I’d started reading, I realised that Shut Out could really help young girls understand more about sex. Not the physical side of things (this is YA, after all), but the emotional part.

Don’t get me wrong, this book isn’t just about sex (we’re not talking about Fifty Shades of Grey here). It’s a romance, it’s a coming of age story, it’s a tale of friendships and young love and how confusing growing up can be.

But the frank discussion about sex and the message Shut Out actually puts out there is refreshing. It’s what’s missing from sex education at school. Kids can relate to this book, they’ll get it, they’ll feel like it’s speaking directly to them. Instead of being spoken at by an awkward teacher who just wants to get the lesson over with, Shut Out is like having a big sister who gets what you’re going through tell you that you’re not alone.

That message is conveyed through the use of some brilliant, fun and believable characters, a light, easy to read writing style and a romance that left my heart fluttering.

So I guess what I’m trying to say is: If you’re a girl in your teenage years, you’ll enjoy this book, and some of you will read it again and again. Over 20 and you’ll like it, but you’ll quickly realise that this is not the kind of YA book that can cross over into the adult genre and be appreciated by the grown-ups out there, so it might not be for you.

This is What Happy Looks like by Jennifer E. Smith