Before you continue reading, it’s worth noting that, while I promise not to spoil anything about Shades of Earth in this review, it’s tricky not to spoil the first two books! After all, even the book’s blurb is a spoiler, as you’ll discover if you read on.

So, with the warnings out of the way, here’s my Shades of Earth review. 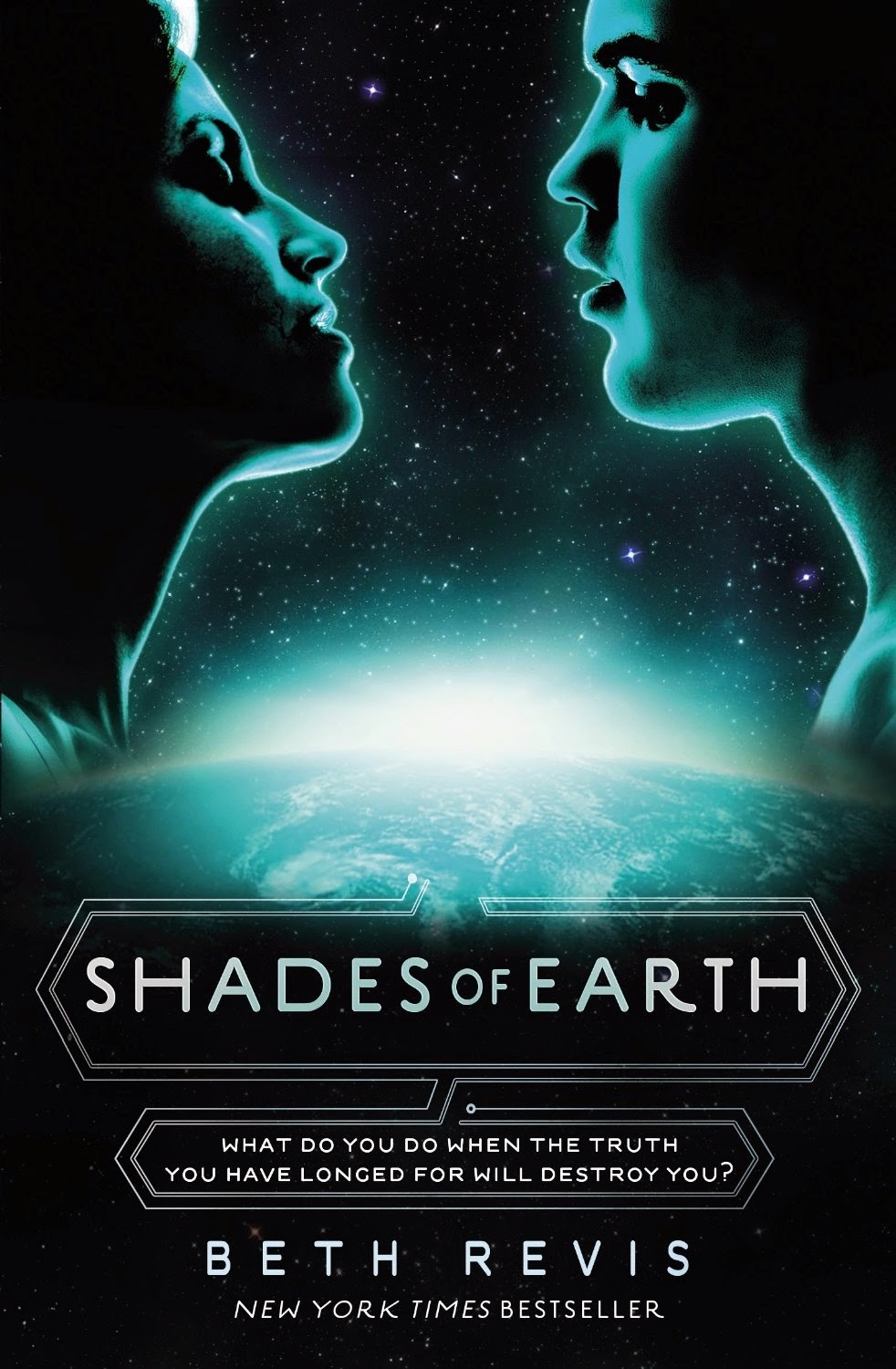 Amy and Elder have finally left the oppressive walls of the spaceship Godspeed behind.

They’re ready to build a new home on Centauri-Earth, the planet that Amy has travelled across the universe to experience. But this new Earth isn’t the paradise that Amy had been hoping for – and they aren’t the only ones there.

Each new discovery brings more danger. And if their colony collapses then everything they have sacrificed – friends, family, life on Earth – in order to build a future together will have been meaningless.

I’ll start by saying that I absolutely LOVED Across the Universe and A Million Suns, the first two books in this amazing trilogy that provides dystopian, sci-fi, romance and mystery goodness all rolled into one.

I was really looking forward to Shades of Earth, particularly after such a fab ending to A Million Suns, and I’d say it delivered despite being a little slow at times.

I always worry about the last book in a trilogy that I’ve enjoyed. I’ve yet to read a trilogy with an ending that I’m fully satisfied with, and it tends to be the last book that I enjoy the least every time. It’s a shame to say that Shades of Earth hasn’t changed that for me – this was still my least favourite out of the three books – but it was good nonetheless.

The plot itself was interesting, as can be expected from Beth Revis’s incredible mind, and I didn’t see the twists coming. In fact, I had absolutely no clue what to expect at any point throughout this novel, which was hugely refreshing for me.

I also loved the introduction of Amy’s parents, and the unusual family dynamic as a result of that. Centauri-Earth is a really interesting place and I enjoyed the world-building there, though I did feel that some elements were left unexplained (but perhaps I’m just being picky).

What I struggled with, though, was the love triangle that gets introduced very early on in this book. It’s petty and frustrating. I also struggled with the split narrative, which was tricky to follow in this case. Elder and Amy’s voice was quite similar at times.

If you’ve already read the first two books in this trilogy, reading Shades of Earth is a no-brainer, and I’d definitely recommend reading both Across the Universe and A Million Suns because they’re up there among my favourite reads of all time and I can’t wait to read more from this brilliant author.