Chilling, devastating apocalyptic novel told through the eyes of a feisty, believable teenager. 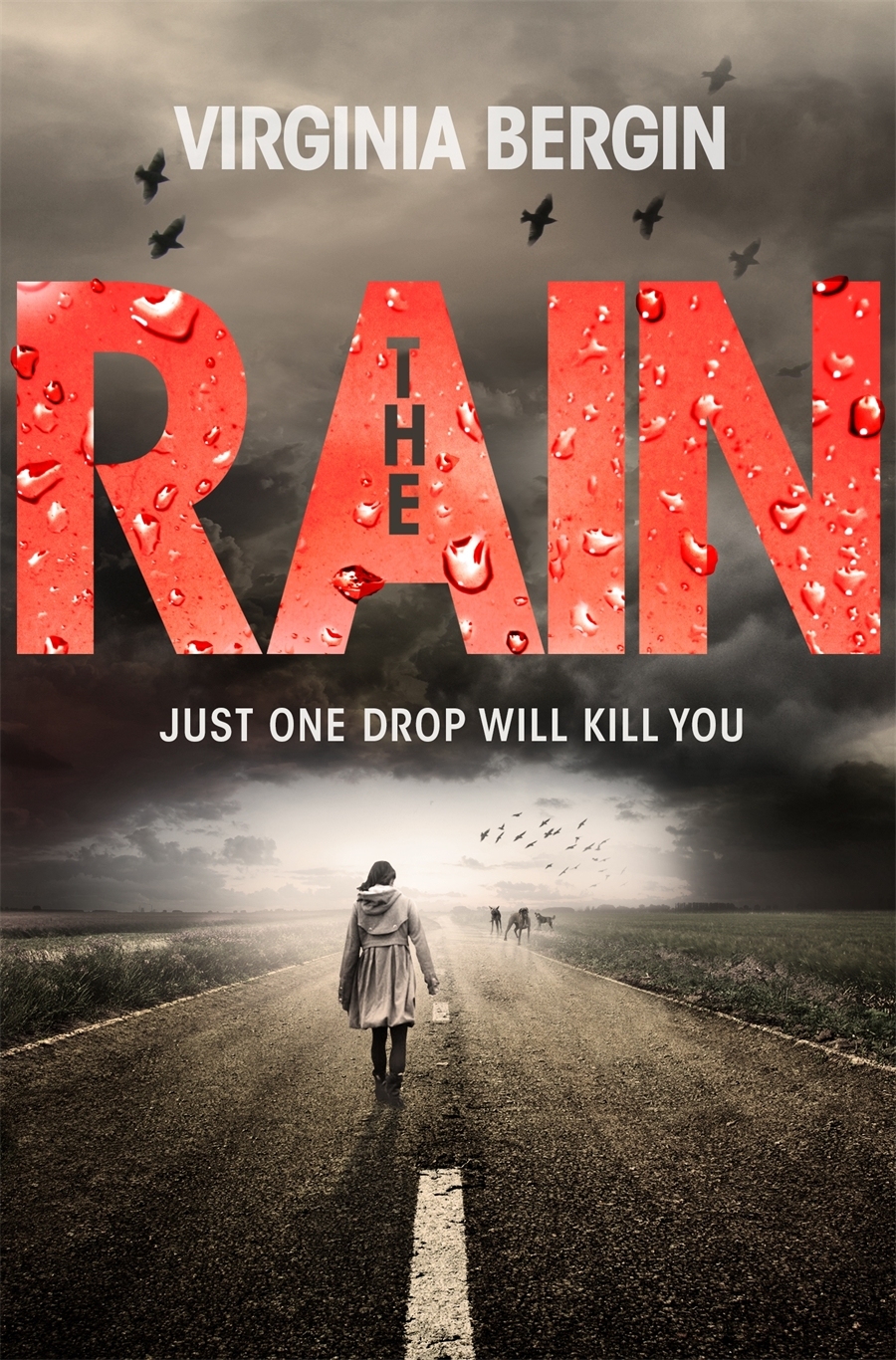 One minute sixteen-year-old Ruby Morris is having her first proper snog with Caspar McCloud in a hot tub, and the next she’s being bundled inside the house, dripping wet, cold and in her underwear. Not cool.

As she and Caspar shiver in the kitchen, it starts to rain. They turn on the rain to hear panicked voices – ‘It’s in the rain… it’s in the rain…’ that was two weeks ago, and now Ruby is totally alone. People weren’t prepared for the rain, got caught out in it, didn’t realise that you couldn’t drink water from the taps. Even a drip of rain infects your blood and eats you from the inside out.

Ruby knows she has to get to London to find her dad, but she just doesn’t know where to start… After rescuing all the neighbourhood dogs, Ruby sets off on a journey that will take her the length of the country – surviving in the only way she knows how.

I can’t stop thinking about this book. Virginia Bergin’s The Rain is unlike any apocalyptic novel I’ve read, mostly due to the hilarious and quirky but utterly believable narrator Ruby Morris.

At first, I thought I was going to hate this book. It just doesn’t seem like such a funny and light tone of voice should work within such a dark and horrifying story, but somehow it does, and I loved it. I thought that Ruby was one of the most believable characters I’ve ever come across, and if I had been in her situation at her age, I would have acted in a similar way – even down to taking and wearing the nice clothes I could never have afforded. Who wouldn’t? When the world is falling down around you, you’ve got to find some sort of happiness somewhere, surely, even if you know it’s ridiculous.

On the opposite side of the spectrum, when Ruby wasn’t busy stealing sparkly dresses, I found myself feeling truly scared, with my heart pounding and my eyes furiously darting across the pages in my eagerness to find out what was going to happen next.

Some of the more gruesome and repulsive moments made me feel sick to my stomach – Virginia Bergin doesn’t hold anything back. The only thing I would say about The Rain that I wasn’t so keen on was the ending, and that’s purely because I don’t think there’s going to be a sequel. It’s quite open ended, but I feel like there are still SO many questions I need answered.

UPDATE: Since publishing this review back in June, Virginia Bergin has been in touch to inform me that there is, in fact, going to be a second book. Here’s the tweet she sent me:

Obviously this makes me extremely, extremely excited. I can’t wait to find out what’s next for Ruby.

After finishing The Rain, I’ve read a few reviews from fellow bloggers around the web, and many of them seem to have really disliked this novel. I’m wondering whether it’s one of those Marmite books that you either love or you hate, but I’d definitely suggest it’s worth the risk because if you’re on the love it side like I am, you’re in for a real treat.