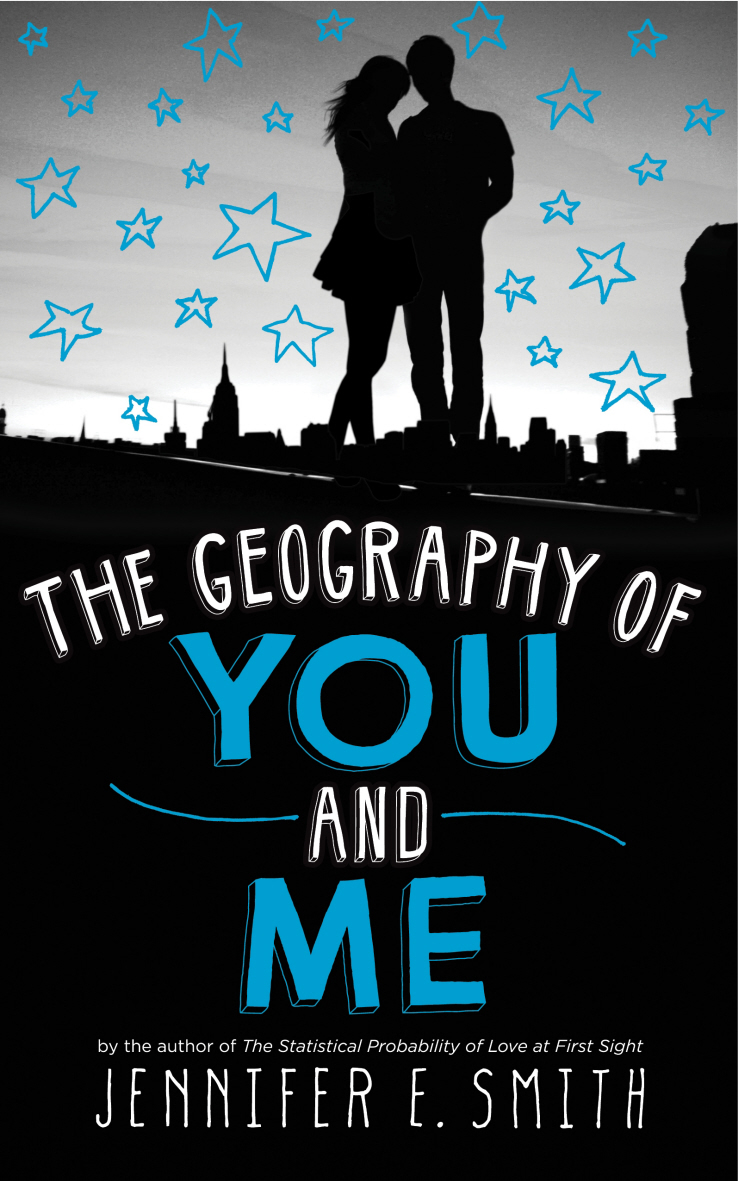 The Geography of You and Me summary

Owen lives in the basement. Lucy lives on the 24th floor. But when the power goes out in the midst of a New York heatwave, they find themselves together for the first time: stuck in a lift between the 10th and 11th floors. As they await help, they start talking…

The brief time they spend together leaves a mark, and as their lives take them to Edinburgh and San Francisco, to Prague and to Portland, they can’t shake the memory of the time they shared. Postcards cross the globe when they themselves can’t, as Owen and Lucy experience the joy – and pain – of first love.

And as they make their separate journeys in search of home they discover that sometimes it is a person rather than a place that anchors you most in the world.

I’ve just finished my second Jennifer E. Smith novel! After my mixed feelings about This is What Happy Looks Like, I wasn’t sure how much I’d enjoy The Geography of You and Me, but it turns out it’s pretty great. I much prefer the overall premise of this one, and I found the relationship between Lucy and Owen to be more believable and therefore enjoyable to read about, despite its rocky nature.

I liked the awkwardness between Lucy and Owen – it seemed real. And the notion of sending postcards to one another instead of emails was both infuriating and romantic at the same time. I loved that, though they’d only spent one night together, they both knew that it meant something more than they’d had time to realise. They were ripped apart as quickly as they’d been thrown together in that lift, off enjoying travelling with their unconventional family units only to find themselves briefly crossing paths, unable to forget one another.

If you haven’t guessed already, it’s completely mushy, but as long as that’s what you’re prepared for when you pick it up, I think you’ll love it. I thoroughly enjoyed the split narrative, alternating between Lucy and Owen chapter by chapter, too.

Two similarities I spotted between The Geography of You and Me and This is What Happy Looks Like were the lengthy separation of the love interests and the open endings. The difference, though, is that this time I felt satisfied enough to accept that open ending, and the separation of the starring duo wasn’t full of hate and anger, but heartache, confusion and longing instead – a much better and more rewarding combination, it seems.

The Geography of You and Me is definitely an ideal beach read. It’s quick, easy to dip in and out of (though I did sometimes struggle to put it down) and feel-good.

Looking for Alaska by John Green