Wake is a fantastically written, unique and clever novel that combines coming of age with romance and supernatural in a perfectly blended mix. 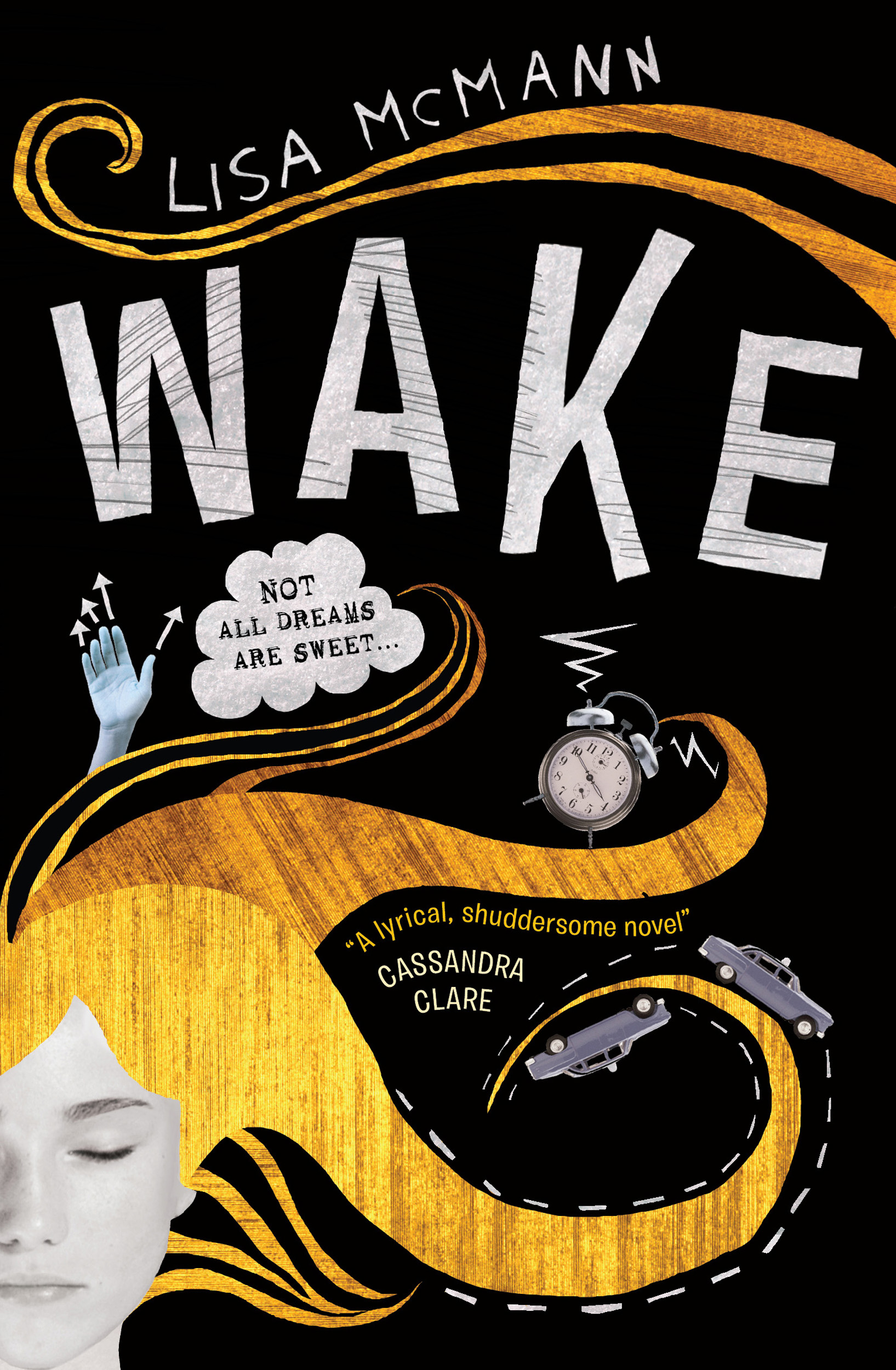 Seventeen-year-old Janie is tired of being sucked into other people’s dreams. Especially the falling dreams and the standing-in-front-of-the-class-naked ones. Or the chilling nightmares like when she’s in a strange house… in a dirty kitchen… and a sinister monster edges ever closer.

But now, for the first time, Janie is not just a witness but a participant. She’s outside in the dark, alone, behind a shed, listening to muffled voices, hoping that somebody’s nightmare isn’t about to explode through the walls or from the bushes.

I absolutely loved Wake. It’s a short, quick read, but the story feels as lengthy and substantial as a book with twice as many pages. One of the reasons for this is Lisa McMann’s decision to skip unnecessary time passing scenes and lengthy paragraphs of description, instead choosing to use time and date stamps to inform the reader of how much time has passed, and using short, snappy sentences to get straight to the point.

I wasn’t sure how I’d feel about a book that takes this approach, as I don’t recall ever reading anything quite like it before. But for Wake, it absolutely works. It’s almost poetic.

In addition to the refreshing writing style, Lisa McMann impressed me with Wake‘s characters and storyline. Getting sucked into other peoples’ dreams is one of those concepts that could go horribly wrong if not written well, but Wake is spot on. The dreams Janie finds herself in are believable and relatable, and give a really interesting insight into the characters responsible for those dreams.

I thought Janie was a really great main character. She’s cool and quirky but often shy and solitary, too. While her personality is actually quite complicated, she’s been written in a way that makes it easy to get to know her quickly.

Cabel is another character I really liked. It took no time at all for me to begin routing for him and and Janie, which made me super happy as I’ve been struggling to get along with some of the relationships I’ve been reading lately.

Another great thing about Wake is that I had no idea where it was going, and the little twist caught me completely by surprise. I’m really excited about what’s in store in the next book in the series, Fade.

I’d definitely recommend Wake to any fan of YA. It’s such a quick and enjoyable read I’d suggest keeping it aside for a rainy Sunday and curling up with it for a one-sitting read.

You’ll like Wake if you enjoyed one of the following. Alternatively, if you’ve read Wake and enjoyed it as much as I did, here are some recommendations for your TBR list.