I should warn you now that this review is not the most positive review I’ve ever written. In fact, it’s more like a rant. So for those of you who don’t want to listen to me whinging on about Beautiful Dead I’ll give you a quick summary: this is quite possibly the worst book I’ve ever read.

Still with me? You’re brave. 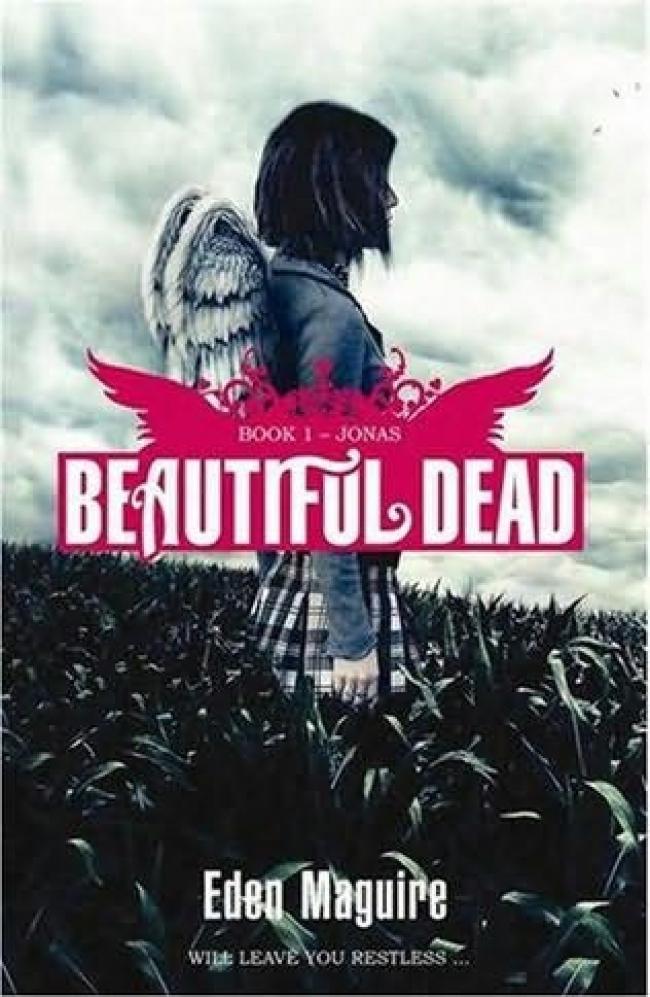 I really did try to enjoy this book. Even when I’d read more than half of it and was desperate to shelve it and never pick it back up again, I still continued with the belief that it couldn’t possibly be so bad the entire way through.

Perhaps the ending would make everything better, or the characters would all of a sudden become believable. But, as I’m sure you’ve already guessed, neither of those possibilities came to light. Instead, when I finally made it to that last word, I realised I’d just wasted several hours of precious reading time on a book I still can’t believe actually managed to be published.

Not alive. Not dead. Somewhere in between lie the Beautiful Dead.

Something strange is happening in Ellerton High. Jonas, Arizona, Summer, Phoenix. All dead within a year.

Jonas Johnson is the first to die, in a motorcycle accident. But there are many unanswered questions, and the three deaths that follow are equally mysterious.

Grief-stricken Darina can’t escape her heart ache or visions of her dead boyfriend, Phoenix, and the others who died. And all the while the sound of beating wings echoes inside her head…

Are the visions real? Or do the Beautiful Dead only exist in Darina’s traumatised imagination?

Now, I don’t want to sound like a complete and utter bitch about this (I fear I might be too late for that. I’m not normally this mean, honest!). After all, the author spent time and effort crafting this novel and seeing it through to publication, and that’s an achievement I can’t say I’ve managed.

But honestly, with such an intriguing premise and the potential to become a really, really great series, I struggle to see why it wasn’t completely rewritten from the ground up before hitting the shelves.

First up, there’s the characters. Most of them aren’t likeable or relatable in any way shape or form, with the exception of Zoey and Jonas at a stretch. Why does Darina, the main character in this novel, actually love Phoenix? I never did get it. And why does she address her mum by her first name? She didn’t seem that awful to me.

There are hundreds more questions I have about the characters in this book, but I won’t bore you with them.

Then there’s the zombies. Yes, you heard me. For some completely unknown reason Eden Maguire decided that the supernatural beings in this book would be referred to as zombies, even though they’re nothing of the sort. I’d suggest they’re more like ghosts. As far as I’m aware their bodies have been buried or cremated and are in a cemetery somewhere, so I have no idea why zombies even entered the equation.

And don’t even get me started on the relationship between Darina and Phoenix. It’s absolutely devastating that he died, of course it is. But they were together for just two months and she’s saying she’d rather be dead too than live without him? And when she realises she can still communicate with him, the exchanges between them and her gushing about how much she loves him are both equally vomit-worthy. If there weren’t so many unnecessary moments spent reiterating their love for one another I may even have given this book two stars.

Oh, of course, we haven’t even mentioned the actual plot. Here’s an opportunity to make an awesome paranormal whodunnit, but instead what we get is a completely flat, predictable and dull whodunnit with a truly baffling ending (and that’s not baffling in a good way, I should add).

I really, really do hate being so negative about a book, but I just can’t think of anything good to say about it.

Oh, scrap that. The cover is gorgeous!

I think I’m so worked up and ranty about this book because the concept is so intriguing and could have made an absolutely amazing book. But what we’ve got instead is a book that’s cobbled together for the sake of printing it and it’s a real shame.

I will point out that I have read some positive reviews about Beautiful Dead so there is obviously an audience out there for it, but unfortunately I’m definitely not in it.

Incredibly, there are three more books in this series. I’ve heard they get better but I really don’t think I’m going to risk it.

I’d love to hear from you if you enjoyed Beautiful Dead, or if you, like me, weren’t so keen. Let me know your thoughts in the comments section below.