I loved, loved, LOVED this book. 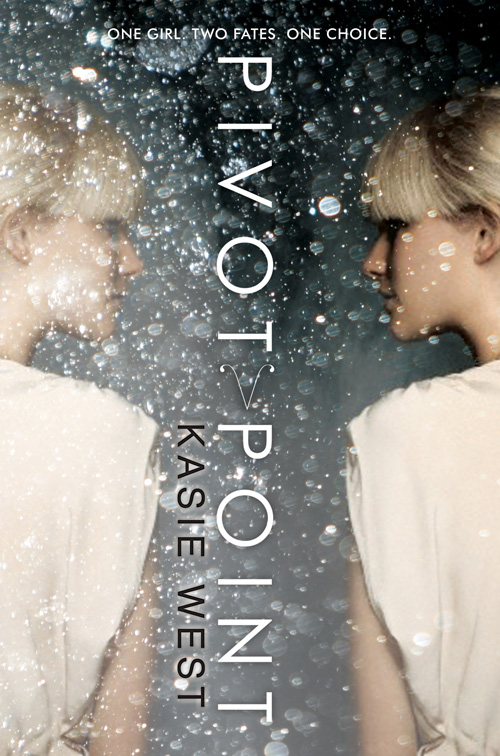 The idea behind Pivot Point caught my attention immediately. Inspired by Sliding Doors, it’s based on the idea that one decision can completely change the course of, not only your own life, but the lives of the people around you.

Addie lives in a place called the Compound. It’s a bit like Hogwarts, really, but for people with mind powers. The Compound and the abilities of the people that live within it are kept secret from ‘Norms’ (that’s you and me). Addie’s friend Laila can erase people’s memories, her dad is a human lie detector, her mum has the ability of persuasion and her friends have abilities including telekinesis and mood control.

Addie’s power is a little different, and it only works on her. When faced with any choice, she can explore the outcome of each option in what she calls a Search. So, when Addie’s parents reveal that they’re separating and give her the tricky choice between living in the Compound with her mum or outside at a Norm school with her dad, she carries out a Search to determine which option would be the best for her.

The entire novel switches chapter by chapter between the path she would take if she lives with her mum and the path if she lives with her dad. To Addie, it feels like she’s actually living each path in real time – she doesn’t know that it’s a Search at all – but in reality she’s only swept away into her own mind for a few minutes.

Honestly, I loved this book, and I’ll be recommending it to anyone who’ll listen from here on out. I loved the way the two paths interlinked, with certain events crossing between both potential scenarios. I loved the storyline, the characters, the romance, and the heartache. Everything about it appealed to me, and I absolutely cannot wait to get stuck into the second book in the trilogy – Split Second. It’s a challenging narrative, with two parallel stories to tell, but Kasie has nailed it.

I would like to find out more about the Compound, though, as I felt Pivot Point was just a little bit lacking in the world building department, particularly because it’s such an intriguing world Addie lives in. I’m keeping my fingers crossed that Kasie West will delve a little deeper with the next instalment.