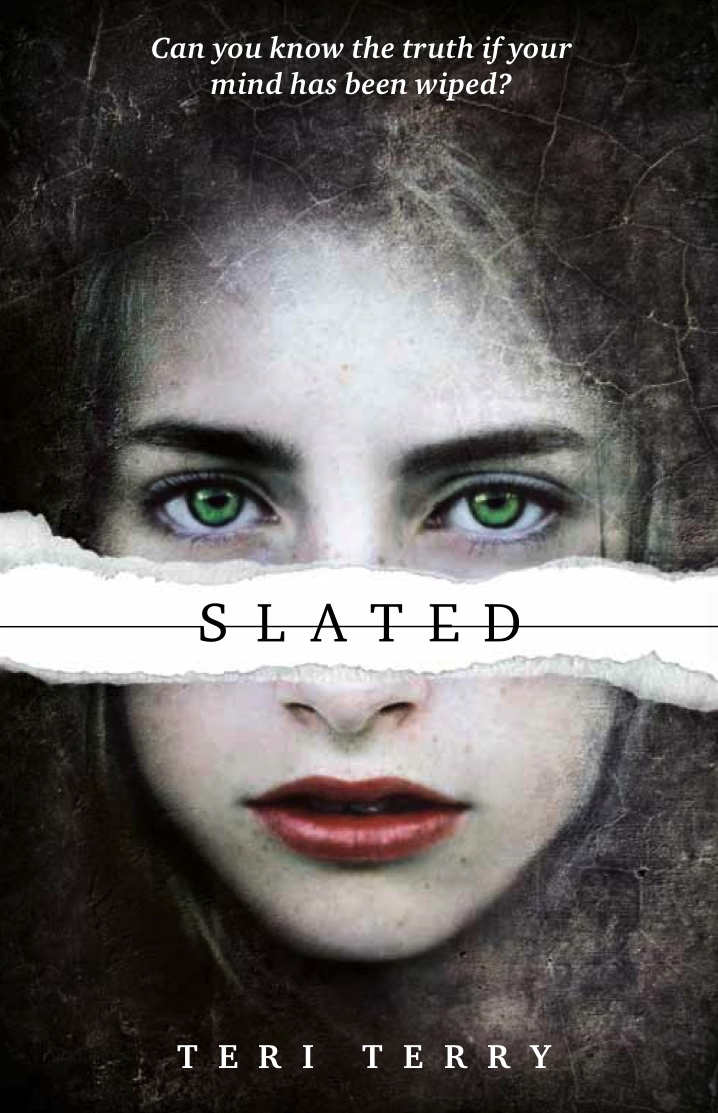 Slated is a brilliantly written dystopian with plenty of mystery and an intriguing concept. Here’s my review of Slated, the first book in Teri Terry’s Slated trilogy.

Kyla’s memory has been erased,
her personality wiped blank,
her memories lost for ever.

The government claims she was a terrorist and that they are giving her a second chance – as long as she plays by their rules. But echoes of the past whisper in Kyla’s mind. Someone is lying to her, and nothing is as it seems. Who can she trust in her search for the truth?

I loved the concept behind Slated from the start. If the government really did figure out a way to wipe people’s memories instead of putting them in prison, would they do it? It’s a possibility, and an intriguing one at that. Plus, the Levos that ‘Slated’ people have attached to their wrists to monitor their mood are a cool idea too.

But it’s not just the concept that’s great about Slated. I found it fast paced, action-packed and absolutely captivating. Also, it’s set in the UK, which I loved because I’m from the UK too.

Fans of romance might find Slated a little bit lacking, as the love story isn’t the main focus, but that’s actually one of the things I enjoyed about it.

Throughout Slated, lots of my questions were answered as secrets are uncovered, but there are still so mysteries left! What’s great about it is that, because Kyla has had her memory wiped, she doesn’t know the answers to any of the questions either, so we’re learning everything about the concept and the future that she lives in at the same time she is.

I can’t wait to find out what’s happened to the characters that have disappeared (I won’t tell you who!) and I really want to get to the bottom of the situation with Kyla’s dad.

Talking of characters, there are some cracking ones in Slated. I really love the character of Kyla’s mum, and her sister Amy too.

One thing I didn’t like about Slated was the creepy guy that kept following her. I didn’t understand what the point of him was until the end, and then, when I realised, I thought it was pretty darn stupid. (You’ll understand if you read it, but I hate spoilers!).

Also, the ending confused me a bit. It felt quite rushed and I had a little “what!?” moment when I didn’t understand what was happening. But maybe that was the point. I’m guessing we’ll find out all about that in the next book, Fractured, which I definitely will be reading.

I’m going to give Slated a four star rating, mostly because, even though there’s no doubt I enjoyed it, I didn’t rush out to buy the next book straight after I’d finished reading it and I didn’t rave about it to my family. Those are things I usually do with five star books!

If you enjoyed Slated, you might like the following books. Alternatively, if you enjoyed one or more of these books, then you’ll probably enjoy Slated, too.