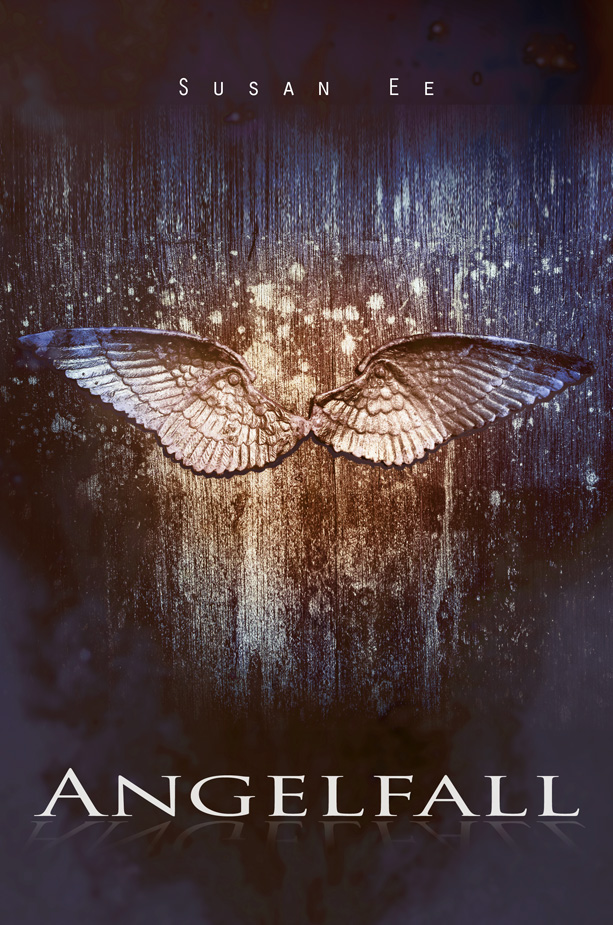 Susan Ee’s debut novel, Angelfall, is one of the best books I’ve read this year, thanks to its gritty, believable, breathtakingly heart-wrenching storyline and characters.

It’s been six weeks since angels of the apocalypse descended to demolish the modern world. Street gangs rule the day while fear and superstition rule the night. When warrior angels fly away with a helpless little girl, her seventeen-year-old sister Penryn will do anything to get her back.

Anything, including making a deal with an enemy angel.

Raffe is a warrior who lies broken and wingless on the street. After eons of fighting his own battles, he finds himself being rescued from a desperate situation by a half-starved teenage girl.

Traveling through a dark and twisted Northern California, they have only each other to rely on for survival. Together, they journey toward the angels’ stronghold in San Francisco where she’ll risk everything to rescue her sister and he’ll put himself at the mercy of his greatest enemies for the chance to be made whole again.

It’s been a while since I read a book that I loved as much as I loved Angelfall. It’s a wonderful mix of urban fantasy, dystopian and romance, and there’s a little dash of a sci-fi feeling in there too.

I didn’t know what to expect when I picked up Angelfall but I was blown away. It was a quick read, but not because its storyline isn’t developed or because nothing much happens. It’s quite the opposite: non-stop action, a compelling love story and flawlessly developed characters meant I just couldn’t put it down.

It’s refreshing to read about a romance like Penryn and Raffe’s. On many occasions recently, I’ve been disappointed because I haven’t grown to care much about the love interest in the book I’ve been reading, but I was rooting for Penryn and Raffe all the way through Angelfall.

And that ending! It’s powerful, and I really can’t wait to read the sequel. It’s called World After and I believe it’ll be out in November. I rarely pre-order a book but I think I might on this occasion.

Have you read Angelfall? I’d love to know your thoughts. You can let me know in the comments section below or on Twitter.