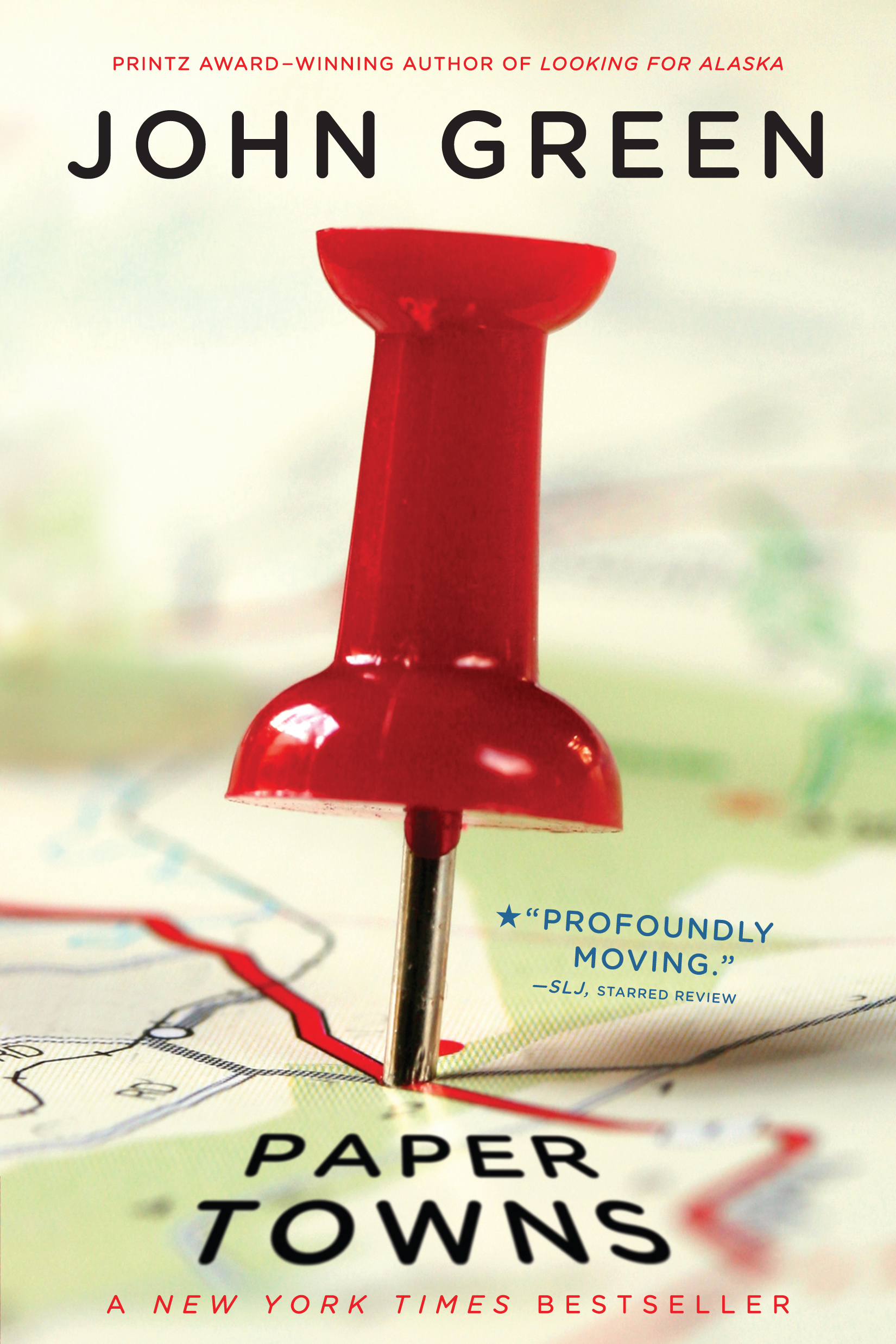 Paper Towns is the first John Green novel I’ve ever read. I’ve heard lots of people talking about his books, so I thought I’d give Paper Towns a shot.

Who is the real Margo?

Quentin Jacobson has spent a lifetime loving the magnificent, adventurous Margo Roth Spiegelman from afar. So when she opens his bedroom window late one night and summons join her on an ingenious campaign of revenge – he follows.

After their all-nighter ends and a new day breaks, Q arrives at school to find that Margo has not. Always an enigma, she now becomes a mystery and Q soon learns that there are clues to be followed.

It’s quite rare that I read a book narrated by a male, and sometimes, when I do, I find it difficult to relate with the main character. However, in Paper Towns, I really enjoyed getting to know Q. John Green creates a complete picture of all of the characters in the book, and develops each individual so brilliantly that I felt like I was part of Q’s friendship group, tagging along with them on their journey to find Margo.

I also enjoyed the relationships between Q and his parents, who are both psychologists. I have read so many books in which the main character dislikes his or her parents, so to be presented with a family with such a sweet bond was quite refreshing.

I found Margo complicated and ungrateful, and found it difficult to understand why Q was so intent on finding her, but at the same time, I absolutely believed that he would live his life with regret if he didn’t try his best to find her. I think the complexity of Margo is one of Paper Towns‘ charms. Even Q, and Margo’s best friend Lacey don’t really know what goes on inside Margo’s mind.

One of the best things about Paper Towns is that I really didn’t know what the ending would be, it’s not predictable at all. I often find myself guessing the outcome of a novel by the time I reach the middle, but Paper Towns kept me guessing until the very end.

Overall, Paper Towns is a thought-provoking and moving novel that highlights the importance of friendship, love and family, but it’s not a book that I imagine will stay in my mind forever, so for that reason, I’m giving it 4/5.

The Perks Of Being A Wallflower – Stephen Chbosky

Since finishing Paper Towns, I’ve already began reading another John Green novel – Looking For Alaska, so I’ll bring you my thoughts on that soon.