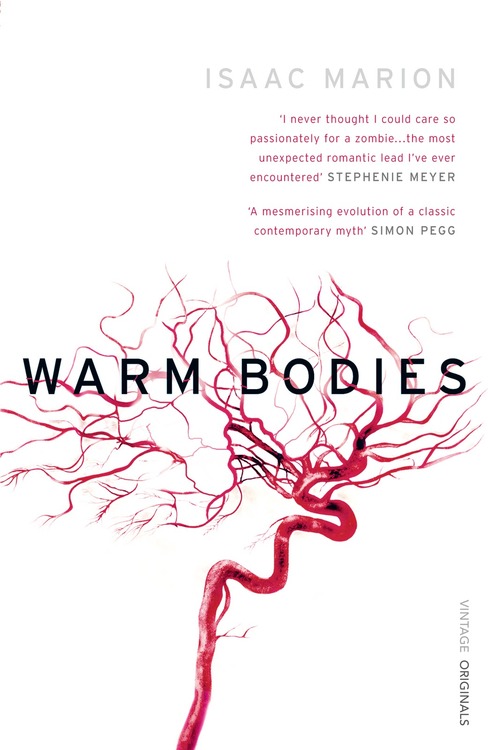 Warm Bodies takes us to an apocalyptic future in which Zombies are roaming the earth, a situation that has been explored in many works of literature, films and TV shows. The difference here, though, is that we’re put in the shoes of the zombie himself, who we come to know and love, rather than fear.

‘R’ doesn’t remember his life, and while he is a walking corpse who can’t string more than five syllables together, he still longs for something different to his flesh eating nature. So when ‘R’ kills and eats Perry, a young human man, it sparks something inside him that signifies the beginning of the end for life (or death) as he know it.

While I love the twist on the zombie theme, I felt that love interest Julie became comfortable around ‘R’ too quickly. He is still a zombie who has killed and eaten people in the past, one of those people being her boyfriend, after all…

That said, it’s a different, peculiarly delightful read that you can’t help but enjoy. I also think it’s written in a way that’s perfect for turning into a movie, so I’m looking forward to seeing what they’ve done with it when I go and see the film this week.

Overall, I give Warm Bodies a four star rating because it’s unique and intriguing, but it misses out on that fifth star due to a lack of character development and believability.