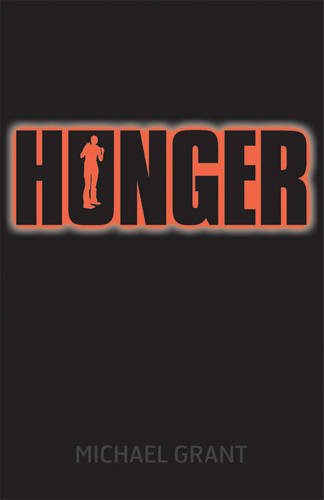 Hunger is the equally thrilling sequel to Gone, a science fiction novel that follows a group of teenagers as they fight to survive in a world where everyone over the age of 15 has disappeared.

As they face starvation, war, terrifying creatures and mysterious powers, author Michael Grant’s uses his believable characters to suck us in to the frightening adventures within the FAYZ. I was initially worried that I wouldn’t get along with the style of writing Grant has used here, but you’ll soon get used to the quickly switching perspectives throughout the book, which allow readers to get inside the heads of many different characters, both good and evil.

It did take me quite a while to read Hunger, but in this instance I didn’t mind. For me, it’s a novel to read in bite-size pieces, rather than gobble down in one go.

Those looking for a nice book to snuggle up with before bed may want to look elsewhere, as Hunger is fear inducing and at times quite graphic. But if you, like me, are after a suspense filled novel filled with death, destruction, strong bonds and a battle to beat evil, then Hunger could fit the bill nicely.