Disappointing sequel to one of my favourite fantasy novels. Let’s hope book three is better! 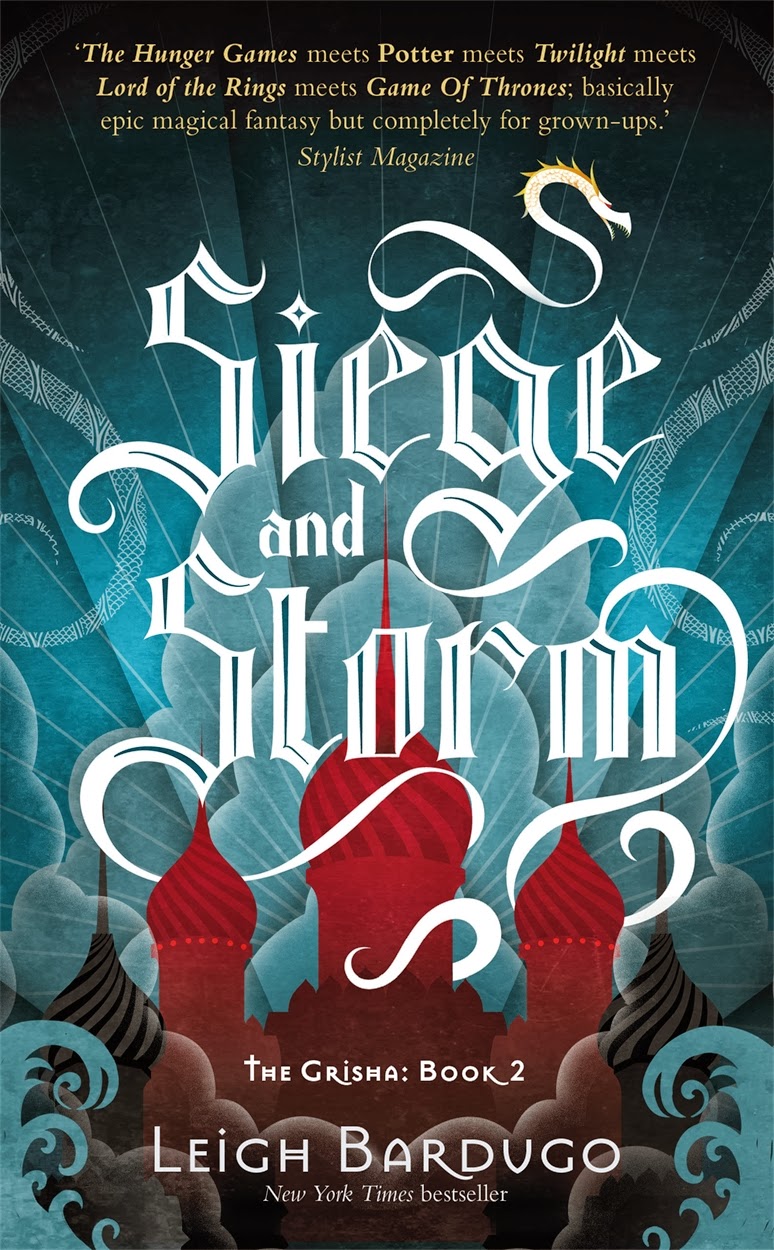 The Darkling cupped my cheek with his hand, and when he spoke, his voice was almost tender. ‘This is just the beginning,’ he whispered.

Alina thought she could run from her past and escape her destiny. She can’t.

The Darkling, more powerful than before, is hungry for revenge. He needs Aline.

Soon, Alina most choose between her country, her power, and the man she loves – or risk loving everything to the oncoming storm.

I really struggled through the first half of the book, and it wasn’t until around page 200 that things picked up and I remembered why I loved Shadow and Bone. I’ve read many books with slow starts but I think 200 pages of slowness is far too much for me. It was all travelling and not much action.

Plus, I hated Alina’s relationship with Mal throughout the whole of this novel. I thought that Mal’s character was plain, and there was only one moment involving voluntary fighting, alcohol and women (I don’t want to spoil it for you if you haven’t read it, but if you have I think you’ll know what I mean) that I felt something for him.

The more I think about it, the more I realise that I didn’t care much for Alina in this book either. She’s our protagonist and I loved her in Shadow and Bone but I often found her frustrating in Siege and Storm. I’m wondering whether that’s the way we’re supposed to feel about her at some points, as it’s all about whether or not she can handle the new power she’s got, but when you don’t connect with the main character in a novel it can be tricky to get sucked into it.

That said, I think some of the other characters in Siege and Storm show off the character creation skills that I remember from Leigh Bardugo’s writing in the first book. Nikolai is intriguing and I hope that wasn’t the last we’re going to see of him. The Darkling, who made the first book for me, is still awesome, although I missed him throughout lots of this second novel as his appearances were brief.

Other notable characters that I loved in Shadow and Bone and continued to enjoy reading about in Siege and Storm are Genya, who I hope we get to find out more about in the third book, as well as David and Baghra.

Then there’s incredible world building, which I still think makes this series great and makes me want to read the third and final instalment, Ruin and Rising. The Grisha and their powers are so cool, and I wish we’d seen more from them earlier on in this novel.

It’s a real shame that Siege and Storm didn’t live up to its predecessor, but I’m keeping my fingers crossed that Ruin and Rising will make up for it.