Wonderful story full of magic, history and romance but just a few too many slow spots and an annoying case of instalove. 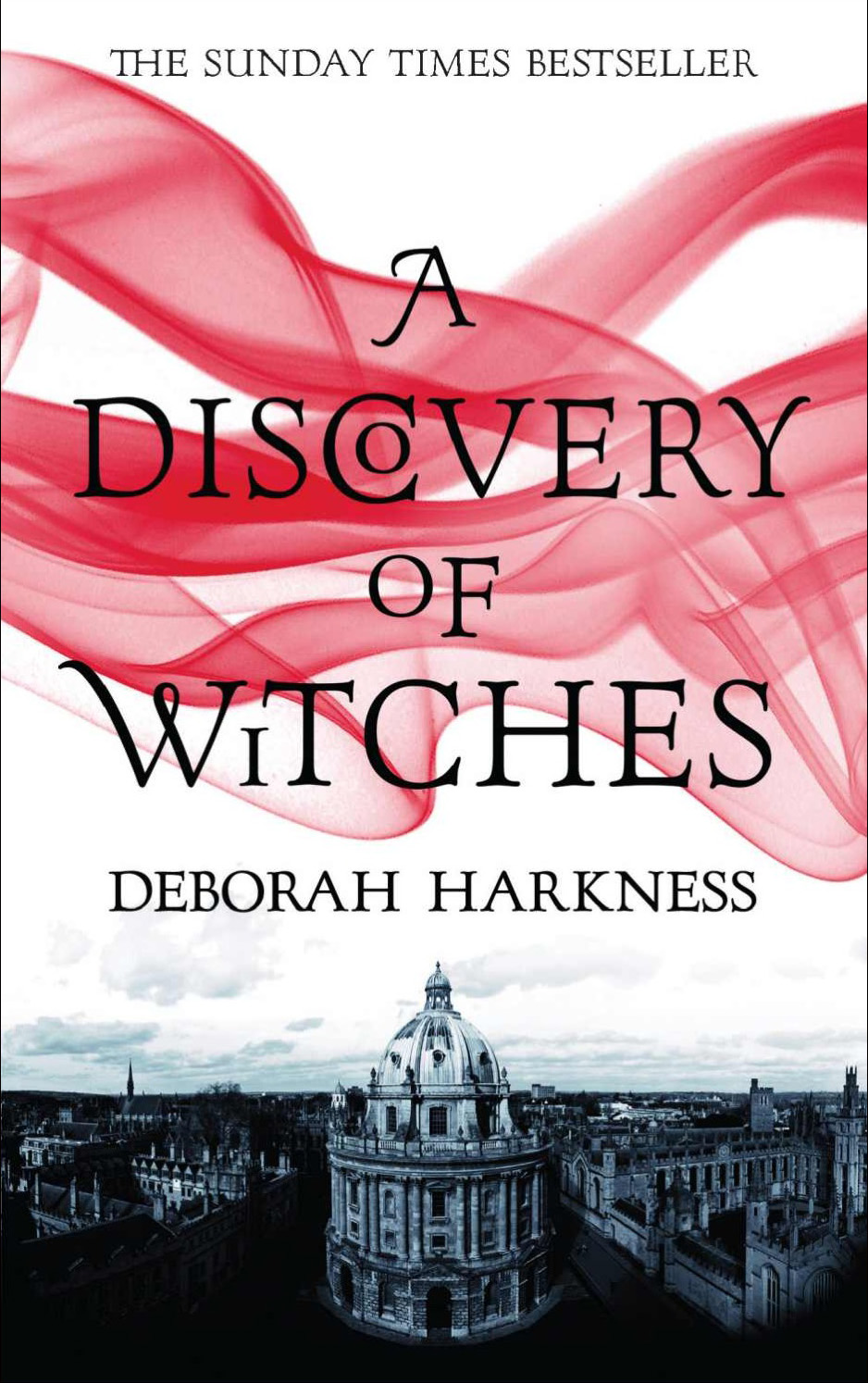 A Discovery of Witches – The Blurb

A world of witches, daemons and vampires. A manuscript which holds the secrets of the past and the key to their future. Diana and Matthew – the forbidden love at the heart of it.

Let me start by saying that this novel is enormous. It’s almost 700 pages long and the print is definitely on the small side. It look me exactly a month to read this one – I usually read books within a week – so if you do decide to read A Discovery of Witches, keep in mind that it’s a pretty big commitment.

That’s why I’m relieved to say that I’ve finally finished it. I changed by mind about whether I liked it so many times while reading it that it started to get a bit silly, but I’m glad to say that now I’ve reached the end, I’ve settled on the positive end of the spectrum.

It certainly wasn’t my favourite book ever, and in some ways I think the length of it is to blame. It’s a beautifully written novel full to the brim with delightful descriptions of everything from fortresses and manors to animals, plants and books. I loved the wine and food tasting too, it was almost like I could taste each sip and mouthful myself as I read.

But there was just a bit too much description at times, and I think that’s half the reason for the length of this novel. If Deborah Harkness had decided to cut back on some of the descriptive portions and had stuck to the story, I think I wouldn’t have swayed between liking and disliking this novel so often. There were too many slow portions with not much happening, and I even found myself tempted to skip ahead a few pages at times. I didn’t of course, but it’s a sure sign I wasn’t absorbed into the story.

Overall, though, slow patches aside, the plot and storylines in A Discovery of Witches are intriguing, captivating and enchanting. There’s lots of magic, which I loved because we follow our main character, Diana, as she discovers that magic at the same time as we do. I particularly loved the house at the end of the novel, but you’ll have to read it to know what I mean about that. No spoilers here!

I’m still not completely sure I understand daemons, and some of the historical portions of the books went a little over my head, but it didn’t matter, because I could still follow what was happening to our main characters. It’s a bit over the top at times, and there’s some definite instalove between Diana and Matthew that I thought got a little (actually, a lot) too serious far too quickly, but I kept an open mind and managed not to let that bother me too much.

Plus, I would have enjoyed A Discovery of Witches a lot more if Diana and Matthew had been more solid, likeable and relatable characters, but actually, they both annoyed me regularly and their feelings for one another didn’t seem all that believable (what exactly does she see in him again?)

Despite taking so long to read A Discovery of Witches and feeling so relieved when I finished it, I am without going to read the second book in the trilogy – Shadow of Night – at some point in the near future. I loved the way this first instalment ended, and I’m intrigued about what’s going to happen next, and what the future holds for Diana, Matthew, and the rest of the creatures. It’s slow going but I think it was worth it, and that cliffhanger of an ending really redeemed it, at least for me.

A Heart Bent Out of Shape by Emylia Hall