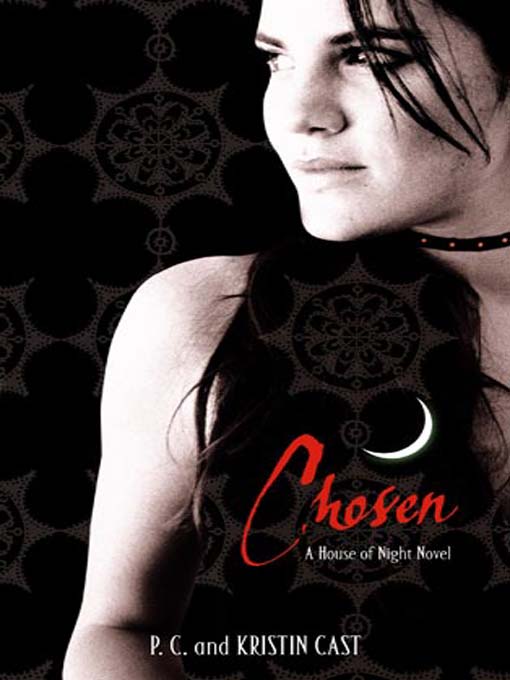 I’ve read the first two books in the series, and, while I don’t remember thinking they were amazing, I didn’t think they were totally awful either. However, within the first few chapters of Chosen I was contemplating giving the rest of the book a miss – something I rarely ever do.

I first thought that maybe my dislike for Chosen and its writing style might be because I’m getting too old for the vampire theme now that I’m rapidly approaching my 23rd birthday. But I’ve never felt that way before, and I certainly hope that’s not the case.

I definitely felt that some of the comments in Chosen were massively juvenile, though, despite the fact that there are adult themes including sex littered throughout the novel. In particular, the comments that really irritated me were stereotypical remarks about sexuality and race.

Not only that, but the majority of the characters in the series are cliché and just plain awful. I’m referring to ‘the twins’ (who are not twins at all, but seemingly just there to annoy the hell out of the reader), and particularly to main character Zoey, who has three different boyfriends in this book. That’s three boyfriends at once, might I add.

Chosen managed to secure two stars thanks to its not so bad storyline, which could have made for a decent book if written by someone that doesn’t think all young adults/teenagers are stupid, as well as its one brilliant and believable character: Aphrodite. The silly thing is, Aphrodite is, at least in the first half of Chosen, supposed to be Zoey’s rival. Surely we shouldn’t be hoping that the baddy comes out on top in an argument, right?

I cannot believe that this series has made it past ten books. Three was definitely enough for me, thanks.

I’d love to know your thoughts about Chosen and the rest of the House of Night series. Am I alone in my opinions on this one? Do I really feel this way because I’m getting too old? (Gah, I hope not!)

Let me know in the comments section below, or on Twitter.

My next book review (and a much more positive one, I’m sure) will be of John Green’s Paper Towns. Look out for it within the coming days. Thanks for reading!

The Perks of Being a Wallflower by Stephen Chbosky review